A flight of Pakistan International Airlines (PIA) crashed on Friday at a residential area in the Pakistani city of Karachi. There were 99 passengers and 8 crew members on board, according to a PIA spokesperson. Nothing is known yet about any survivors.

It appears to be a fifteen-year-old aircraft of the model Airbus A320-213, with flight number PK-8303. The domestic flight had left Lahore and was en route to Karachi, Pakistan’s largest city.

According to the PIA spokesperson, the pilot said before the crash that there was a technical problem. According to Flightradar24, the aircraft made an attempt to land at 2.34 pm (11.34 am in the Netherlands). The landing attempt was canceled, after which the signal was lost by plane at 2.40 pm (local time).

The Pakistani military has rushed to the site of the crash to provide relief and launch a rescue mission.

Plane is said to have crashed in densely populated neighborhood

Flightradar24 shows that contact with the aircraft was lost when the aircraft flew over an area with a lot of agricultural land, but also residential areas.

On images from the local TV station Geo is a densely populated neighborhood in the city. Ambulances make their way on the images to the location of the crash, where black smoke rises. The plane is said to have damaged several homes in the district.

According to Geo the plane crashed in the Model Colony district, about 3 kilometers northeast of Jinnah International Airport in Karachi. The plane is said to have crashed a minute before landing. The vast majority of air accidents occur during landing or take-off.

Geo reports that there are fewer people on board – about a hundred in total – than news agency Reuters is doing. Shortly after a crash, this is often unclear.

No clarity yet about survivors and possible Dutch victims

It is still unclear how many deaths have occurred among the more than a hundred occupants of the aircraft. Nothing is known about any victims on the ground.

The Ministry of Foreign Affairs says it will monitor the situation closely and find out whether Dutch people are involved in the disaster. As yet, nothing is known about any Dutch victims. 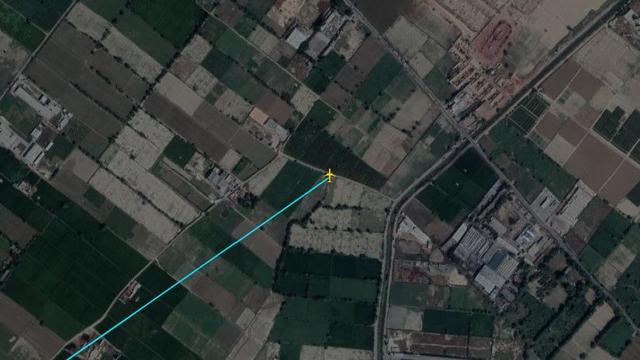 The last location of flight PK-8303 on Flightradar24.

On December 7, 2016, a plane from Pakistan International Airways last crashed. 48 people died when a plane flew from Chitral to Islamabad. Ten years earlier, in 2006, 44 people died in a crash with a PIA plane.

PIA is not on the European blacklist of airlines with a no-fly zone.

Pakistani Prime Minister Imran Khan says he is in close contact with PIA and the local emergency services. He expresses his condolences to the families of the victims.

Shocked & saddened by the PIA crash. Am in touch with PIA CEO Arshad Malik, who has left for Karachi & with the rescue & relief teams on ground as this is the priority right now. Immediate inquiry will be instituted. Prayers & condolences go to families of the deceased.

Since last year, there has been speculation that WhatsApp had already begun the development...
Read more