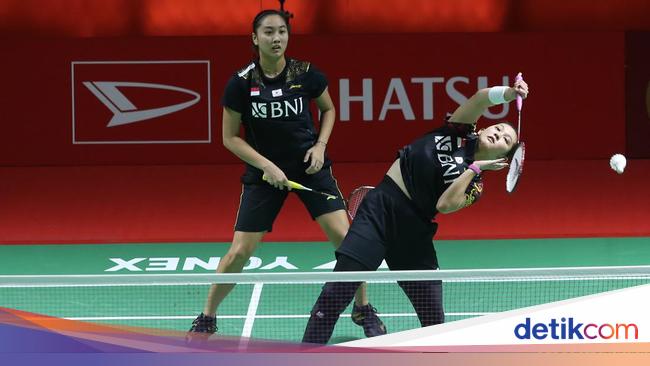 PBSI waiting for official resignation letter Febby Valencia Dwijayanti Gani from Pengprov PBSI Central Java. Febby is said to be continuing his education in the city of Semarang.

The news that Febby was no longer part of the PBSI National Training Center first appeared when he was no longer accompanying Ribka Sugiarto at the 2022 Japan Open. At that time, the official release of the national badminton federation’s parent stated that Febby was still injured, making it impossible for him to participate in the BWF Super 750 tournament.

The head of the PBSI Achievement Development Division, Rionny Mainaky, confirmed that Febby had resigned from the PBSI National Training Center, Cipayung. However, administratively it has not been fulfilled by the Provincial Pengprov PBSI of Central Java, the Febby area has shelter.

“Febby has personally submitted his resignation from the Cipayung PBSI National Training Center but administratively is still waiting for an official letter from the Central Java PBSI Provincial Pengprov, where Febby is taking shelter,” said Rionny in a written statement.

Meanwhile, the chairman of PB Djarum, Yoppy Rosimin, when contacted separately, confirmed that the athlete had left the PBSI National Training Center. They have even given Febby a number of options so that he can decide carefully.

“Already, already know. He (Febby Valencia) really wants to go to school, study between Semarang, Solo, or Yogyakarta. We only found out two or three weeks ago,” said Yoppy to detikSport, Wednesday (14/9/2022).

“Yes, we always provide options, right. The options are many, ‘Do you want to quit badminton, have you thought about it carefully? Are you not at the elite level, enter the National Training Center. If you quit badminton, are you not comfortable? well thought out, and so on. But stick to that conclusion,” Yoppy explained.

“Yes, we (give) other options, such as wanting to play in a club? No. Playing abroad? He is hesitant. Wants to work, own business, there are lots of people here. He just has to think about whether to become a coach or a sparring partner, but Lastly, let the school know how to use the achievement path.”

“Yes, we help use the route. But the school is closed, you have to wait a year. So, what are you waiting for? Can’t stay at home, do you want to play for a year. Now, this is the one who hasn’t answered,” said Yoppy .

Yoppy added that actually since he decided to leave Pelatnas, he has helped by becoming a sparring partner. But this condition cannot be applied continuously.

“If he is sparring but his heart is half-hearted, it’s also not effective. From me, it’s better to continue his career as a player. But his son’s heart doesn’t want to be there, what about? If the capital he has now, he can play,” said Yoppy .

“If you can’t play here (domestic), then go abroad. So sparring partners, assistant coaches, yes, we open up our point of view Febby broadly,” he emphasized.