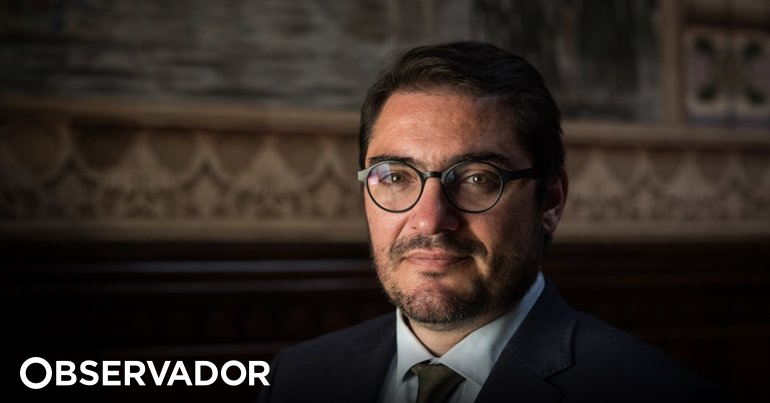 The Communist election night ended early: it was 11 pm when Jerónimo de Sousa, aware that the news would not be good even when the count was still in the forecourt, gave a speech and left the Sana Metropolitan Hotel. Seventeen hours later, and with the math already done, the communists decided to add a reaction with a finer analysis to the results, and they found many culprits – between others, the media, the pandemic, a supposed “anti-communist campaign” or a “blurring” of local nature these elections.

The reaction emerged in the e-mails of newsrooms signed by João Oliveira, parliamentary leader of the party and member of the political commission of the Central Committee. And, although it does not replace the traditional meeting in which the organ will meet to analyze the results (which is not yet scheduled), with a press conference at the end, it is already useful to make a more complete reading of the communist picture, given that the PCP lowered the global vote (8.23%) although it remains as third political force and saw the 2017 defeat consolidate, without being able to recover most of the bastions from the PS.

The “picture” was “particularly demanding”, recognizes João Oliveira in this reaction, immediately taking the opportunity to fire the first shot at the media, where “extends the CDU’s downgrading line”. Against this understatement, he argues, there are some ways to see the glass half full: obtaining “more than 450 thousand votes”, the election of “two thousand direct mandates”, the “confirmation as the third most voted force” and the “great strength of the local left” is the good news — “even if surgically” are “erased” in the media”, he refers again.

Then the admission of defeat—and the explanation for it. On the one hand, blame the “weight of the epidemic” for conditioning the “closeness” with the population and the activities of the associative movement or organizations of retired people, for example. On the other hand, the effects of a supposed “prolonged and intense anti-communist campaign” who will have, with “lie and manipulation”, aimed at achieving “the seriousness” of the CDU’s elected representatives and presenting the party as “the holder of alleged party privileges and selfishness”.

Communists still consider that they have been harmed by the “blurring” of goals of these elections, which ended up “blunting its local character” and the “distinction” between “the various programs and projects in dispute” — and this criticism is not unrelated to the fact that António Costa used the Recovery Plan during the campaign. and Resilience as an electoral argument, deserving harsh criticism from the PCP. More: for the PCP, these speeches induced voters to decide “according to national policy criteria” — and attributed to the PCP “positions in this plan that it does not have”.

In the cocktail of reasons for the electoral failure, the “shameless promotion given to other political forces accompanied, in some cases, by an ostensible reduction in the CDU”, as well as, finally, the specific “factors” of each municipality.

In its analysis, the PCP does not leave out the treatment given to the other parties, nor the analysis of their results: on the one hand, the criticism of the “insistent and unreasonable promotion of other political forces” that they did not reach their electoral objectives – and here the message goes to the new right-wing parties, not least because the communists consider that there was an “operation” here to attribute to these “retrograde and anti-democratic projects” an idea of ​​adhesion and “unstoppable growth ”… but artificial.

See also  "The Florida Project" on OCS: the hidden side of Disney World

The party, via João Oliveira, also makes a point of recalling that the PSD and CDS voting — “without underestimating the majorities obtained in some of the most emblematic municipalities” — is 1.5 percentage points lower than in 2017; and that the Enough “it remains as the fifth electoral force”, “far from the ambition” to dethrone the CDU as a third force. “It is noted in particular, as an unequivocal denial of the operation that implies a relationship between the CDU electorate and that party, the result verified in Moura, in which the CDU was barely 90 votes away from recovering the autarchy”, the communists make a point of pointing out, to put an end to the idea that there will be a direct transfer of votes CDU-Chega, especially in Alentejo.

The analysis is also aimed at the neighbors on the left: “The PS lost a number of municipalities” and the “significant loss of BE positions”, which in 2017 was “residual”.

After all, the communists conclude that the result fell short, as Jerónimo used to say, but they paint a picture in which many factors – the press and “anti-communist” campaigns at the top – contributed to harm them. With some relevant caveats: the party insists on remembering the “confirmation of positions” in several chambers — especially Lisbon, where João Ferreira managed 10.52%, thus becoming one of the winning faces of the night, despite the party’s result .