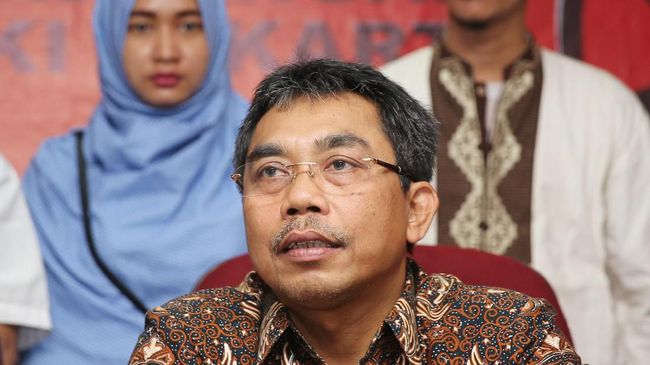 Fraction PDIP DKI Jakarta DPRD gives a signal to cross out the budget Formula E if found in the discussion of the 2021 budget amendment and the 2022 budget discussion.

“This is a signal and it has been conveyed, although it is not yet official from the faction’s stance, but it is a signal for Formula E to be ordered to be dropped,” said PDI-P faction chairman Gembong Warsono after the Formula E interpellation plenary meeting, Tuesday (28/9).

Previously, the PDI-P faction member, Manuara Siahaan, mentioned that the budget was written off during an interpellation meeting.

He said that if the board members did not accept the revised feasibility study which included financial, economic, technical, environmental feasibility, Formula E’s budget should be dropped.

“I hope that in the APBD discussion meeting later, all of the budget allocated for Formula E will be crossed out. This mandate is not a joke, because this is a mandate from the BPK LHP,” said Manuara.

The agenda of today’s plenary meeting is the submission of an oral explanation on the right of interpellation proposals from members of the proposing board.

The previous interpellation proposal was submitted by 33 council members from the PDI-P faction and the Indonesian Solidarity Party.

On the other hand, seven other factions in the DPRD, namely Gerindra, PKS, Nasdem, Democrats, Golkar, PAN, PKB-PPP, stated that they refused to attend the plenary meeting.

They considered that setting the schedule violated the rules because in the Bamus invitation letter there was no agenda for setting an interpellation schedule.

See also  Covid, the appeal of a repentant no-vax from the hospital: "I was wrong, you go and get vaccinated"

The meeting was only attended by 32 DPRD members from the PDIP and PSI factions. The meeting was adjourned after the representatives of the factions and members gave their explanations.

“Before we decide on the permit, we terminate it, the quorum in this forum is also not a 50 plus 1 quorum, so the plenary meeting proposing the interpellation is suspended. I made an error, not suspended, but postponed,” said Prasetyo while chairing the meeting.