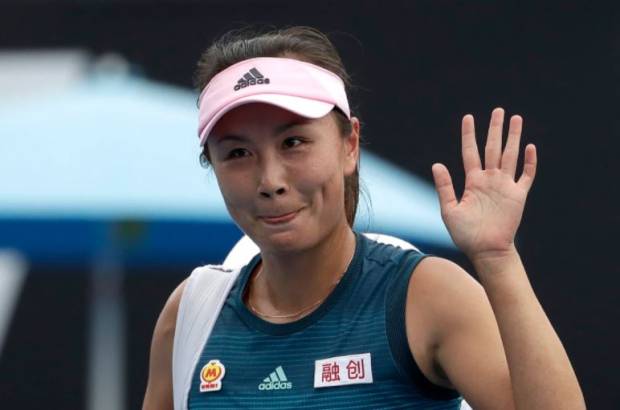 tennis scandal China Peng Shuai who was forced to indulge in the lust of former deputy prime minister Zhang Gaoli resulted in sanctions from the WTA Women’s Tennis Association. The WTA has suspended all of its tennis tournaments in China amid concerns for Peng Shuai’s safety after the sex scandal became public.

The WTA is taking an unprecedented and tough stance after failing to ensure that Peng Shuai is safe, secure and free of censorship. Former Wimbledon doubles champion Peng Shuai made serious sexual allegations against former Chinese vice-premier Zhang Gaoli in a social media post on Nov. 2.

International Olympic Committee (IOC) boss Thomas Bach spoke to Peng Shuai last month claiming he was safe and sound and spending time with his family and friends. WTA chief Steve Simon wants a full and transparent investigation into the serious allegations, especially as all references to Peng Shuai are removed from the internet in China.

China is a lucrative market for the sport and there were nine events there in 2019, including the WTA Finals in Shenzhen which raised £10.5 million. In a 595-word statement posted tonight, Simon said: “Chinese officials have been given the opportunity to stop this censorship, prove that Peng is free and able to speak without harassment or intimidation, and investigate allegations of sexual assault in a full, fair and transparent manner.”

“Unfortunately, the leadership in China has not handled this very serious issue in a credible manner. Although we now know where Peng is, I highly doubt that he is free, safe, and not subject to censorship, coercion, and intimidation. The WTA has made clear what is needed here, and we reiterate our call for a full and transparent – ​​uncensored – investigation into Peng Shuai’s sexual assault allegations.”

“All of this is unacceptable. If powerful men can suppress women’s voices and wipe sexual assault allegations under the carpet, then the foundation on which the WTA is founded – equality for women – will suffer a major setback.”

“I will not and cannot allow that to happen to the WTA and its players. As a result, and with the full support of the WTA Board of Directors, I announce the immediate suspension of all WTA tournaments in China, including Hong Kong.”

“In good conscience, I don’t see how I can ask our athletes to compete there when Peng Shuai is not allowed to communicate freely and appears to have been pressured to challenge his allegations of sexual assault.”

Also Read: The Mystery of Peng Shuai’s Disappearance After Being Forced to Serve the Forbidden Desire of Former Chinese Deputy PM