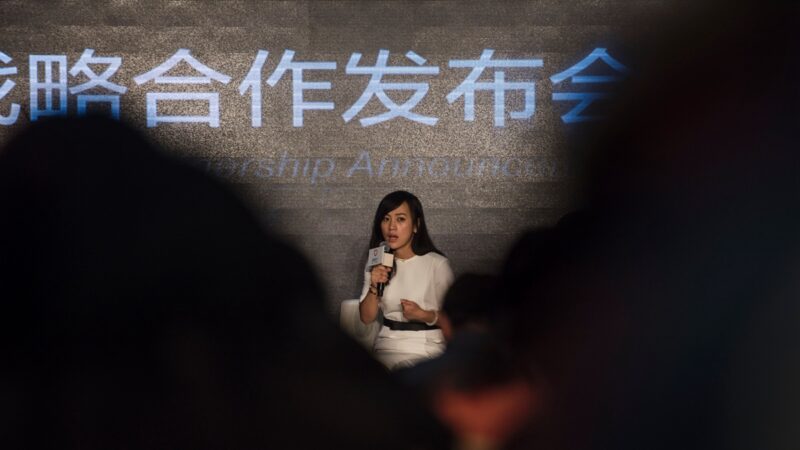 [New Tang Dynasty News from September 22, 2021, Beijing time]A few days ago, people familiar with the matter revealed to British media that the Chinese online car-hailing giantDidi TravelPresidentLiu QingPlan to resign. She told some cronies that the Chinese government is expected to eventually take over Didi.

Didi TravelBeing caught in a regulatory storm, the future is uncertain.Reuters on September 20 quoted two people familiar with the matter as saying that in recent weeks, the co-founder and president of DidiLiu QingTell several company executives close to her that she plans to resign and encourage them to also start looking for new opportunities.

Liu Qing, 43, worked for Goldman Sachs Asia for 12 years and was promoted to executive director in 2008. On July 28, 2014, Liu Qing joined Didi Chuxing as the chief operating officer and was promoted to the president of Didi on February 4 of the following year. Liu Qing holds a 1.6% stake in Didi, which currently has a market value of approximately US$640 million.

Sources said that several executives have been following Liu Qing from Goldman Sachs to Didi, and some of them have already approached people in the industry to seek job opportunities.

According to the report, it is currently impossible to know whether Liu Qing submitted a formal resignation letter or confirmed the date of resignation.

Liu Qing did not immediately respond to Reuters’ request for comment.

Didi responded that the company is “actively and comprehensively cooperating with cybersecurity reviews. Reuters’ rumors about management changes are untrue and unfounded.”

On June 30, Didi Chuxing quietly went to the U.S. to go public in spite of the persuasion of the Chinese Communist Party, but it was severely punished on July 2. The Cyberspace Administration of the Communist Party of China launched a cyber security review of Didi Travel, including the removal of 25 Didi apps and the prohibition of new users from registering, which almost cut off Didi’s source of revenue.

A series of heavy blows by the authorities caused Didi’s share price to plummet, and the share price has been cut in just over two months. On September 20, Didi’s closing price on US stocks was 7.75 US dollars, down 6.63%.

The pro-communist Hong Kong media “South China Morning Post” quoted four people familiar with the matter as saying on July 9 that the official move to list Didi in the United States was characterized as a violation of yang and yin, and Didi “irritated some people.”

A senior media person, Tang Hao, previously analyzed that Didi had funds from many powerful families such as Jiang faction. Didi was accused of “violating the power of the yin”, which is tantamount to challenging Xi Jinping’s authority. The Didi incident detonated the Chinese Communist Party’s top officials to fight more intensely.

Didi has gone through more than 20 financings and two mergers in the 9 years since its establishment. Its shareholding structure is very complicated. The shareholders include SoftBank, Tencent, Alibaba, Sands River Ventures, Hillhouse Capital, Sequoia Capital, Ant Group, etc., and there is no shortage of Jiang Zemin’s family. asset.

China expert Li Yanming recently told The Epoch Times: “Whether it is Didi or Ma Yun’s Ant Group, they have the shadow of Jiang Zemin’s family behind them. Xi Jinping purged these companies, in fact, he and Jiang faction played a game. External performance.”