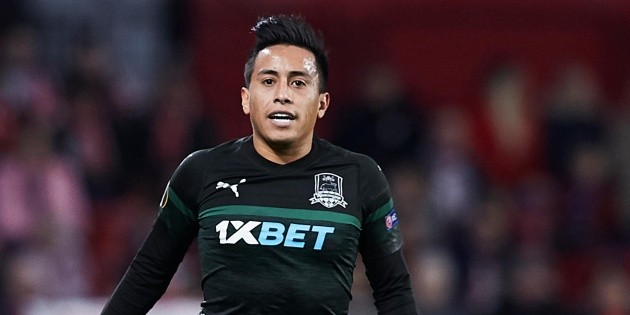 Christian Cueva started in the Turkish league match against Denizlispor on November 8. The Peruvian team’s player’s team was winning 2-0 (the match ended with that scoreboard), however, coach Hamza Hamzaoglu decided to replace Cueva at 37 in the first half.

The change caused the discomfort of Christian Cueva’s wife, Pamela López, who used her social networks to accuse the Turkish coach of xenophobia with the message: “What about the South Americans? Do you have any problems?”

After almost two weeks, in an interview with the Ajansspor website, the coach replied: “Christian Cueva is currently in the national team, I will meet him when he returns to Malatya. We have not talked. I did not take the network exchange seriously social with his wife ”.

“I have no problem with the South Americans, you can ask Pablo Batalla or Fernando Muslera. I have not had any problems with them, but I have always had a problem with players who do not feel identified with the team. I have never been interested in the race, the religion, the language of the players. The most important criterion for me is the human being. The most important thing for us is the interests of the team, “added the coach.


Christian Cueva has eight meetings in Yeni Malatyaspor, seven of them as a starter. In Turkey it was where ‘Aladino’ returned to have minutes in March. In June he had left the Mexican team Pachuca.