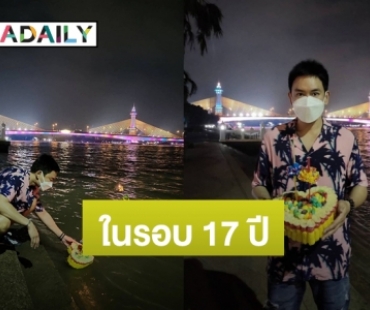 Yesterday (19 Nov. 21) was Loy Krathong Day, many people and entertainers attended the Loy Krathong Festival. Some people go to different places where the event takes place. But some people choose to float their krathongs at home or online. In order to protect yourself during the Covid-19 situation But there is one entertainer that this year should be a very special year, that is a young singer. “Pet Power Pat”

Recently, “Pat” posted a picture of herself holding a heart-shaped krathong standing by the river. along with writing a caption saying “Loy Krathong for the first time in over 17 years!”

See also  Mary Komasa is pregnant. "We've been trying to get it for 13 years"