Pharmaceutical giant Pfizer continues to advance testing of its COVID-19 vaccine, and By the end of November, he hopes to request an emergency authorization for the distribution of the drug from the US Food and Drug Administration (FDA). as reported by the company’s CEO, Albert Bourla.

“Let me be clear, if the data is positive Pfizer will request the emergency authorization in the US, shortly after the security phase ends, in the third week of November”informed the manager in an open letter.

The US pharmaceutical is one of the three companies with which Mexico signed purchase agreements on October 13. According to the Secretary of the Treasury, the agreement includes the purchase of between 15.5 and 34.4 million vaccines against SARS-CoV-2 from Pfizer, whose drugs require two applications, and would arrive in the country in December. However, before this happens, the multinational must demonstrate that its treatment meets the three conditions required by the FDA.

“There are three main areas in which, as with all vaccines, we must demonstrate success in order to obtain approval for public use. First, the vaccine must demonstrate its efficacyThat is, it can help prevent COVID-19 disease in at least the majority of vaccinated patients. Second, and equally important, it must be proven safe, with robust safety data generated from thousands of patients. And finally we must show that it can be consistently produced with the highest quality standards, ”said the CEO. 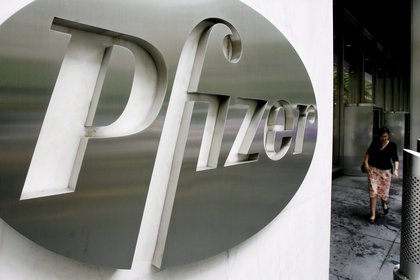 
From the company they hope to verify the efficacy of the vaccine by the end of October, with which they would have completed the first requirement. A team of independent scientists will be in charge of analyzing the results and determining the effectiveness of the drug, which Pfizer developed with the German firm BioNTech.

“We can know if our vaccine is effective or not by the end of October. To do this, we must accumulate a certain number of COVID-19 cases in our trial, to compare the effectiveness of the vaccine in vaccinated individuals with those who received a placebo. As we have to wait for a certain number of cases to occur, these data may arrive sooner or later, “Bourla said in the statement.

“As Pfizer does not know who received the vaccine, and who received the placebo, a committee made up of independent scientists will review the complete data and inform us if it is effective or not.”, He added.

Proving that the vaccine is effective is only the first of the requirements. Then they will have to prove that it is also safe. To do this, the FDA requires that two months have elapsed since the second and last dose was injected into clinical trial participants, in order to monitor for possible adverse effects during that time. According to the data handled by Pfizer, they will fulfill this period in the third week of November, and only then will they be able to request emergency authorization.

“Our internal standards on vaccine safety and those required by regulators are high. In the case of the emergency authorization in the US for a possible vaccine against COVID-19, the FDA requires companies to provide two months of safety data for half of the trial participants, after providing the final dose of the vaccine. Based on our current testing and dosing pace, we estimate that we will reach this milestone in the third week of November, ”revealed the CEO. 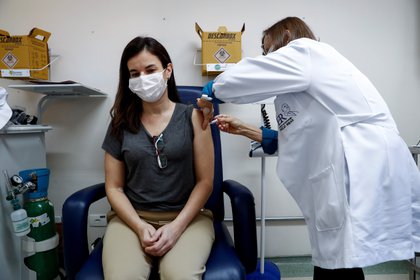 
Finally, they will have to demonstrate that they are capable of producing the vaccine on a large scale. According to Bourla, they will be able to provide this data before having completed the security phase, that is, before the third week of November.

With this, by the end of November the US could have two vaccines ready for distribution, since Moderna plans to launch its on that date as well. 
This week the government of Mexico announced that purchase agreements had been signed with three of the pharmaceutical companies working on a vaccine against COVID-19: the American Pfizer, the British AstraZeneca, and the Chinese CanSinoBio. These contracts, worth 1.659 million dollars, will protect, together with the Covax platform, of the World Health Organization, 116 million Mexicans.

“We are going to make payments against delivery (…) during the month of December, up to 2.6 million people could be vaccinated; then 3.5 million additional people between January and February; and 11 million people in March “, said the country’s Secretary of Finance, Arturo Herrera, who also reported that the first batches will arrive in December, and will be provided by American and Asian companies.

In total, the acquisition of 77.4 million doses was agreed to from AstraZeneca; between 15.5 and 34.4 million to Pfizer, and 35 million to CanSinoBio. According to the Minister of Health, Jorge Alcocer, the application will give priority to medical personnel who fight the disease and vulnerable groups.

Mexico may apply the vaccine against COVID-19 at the same time as the US and the European Union: Marcelo Ebrard

Vaccine against COVID-19 in Mexico: who will be the first to receive it in the first quarter of 2021

Coronavirus in Mexico: AMLO hopes to start vaccination in December

How Mexico will pay for the COVID-19 vaccine