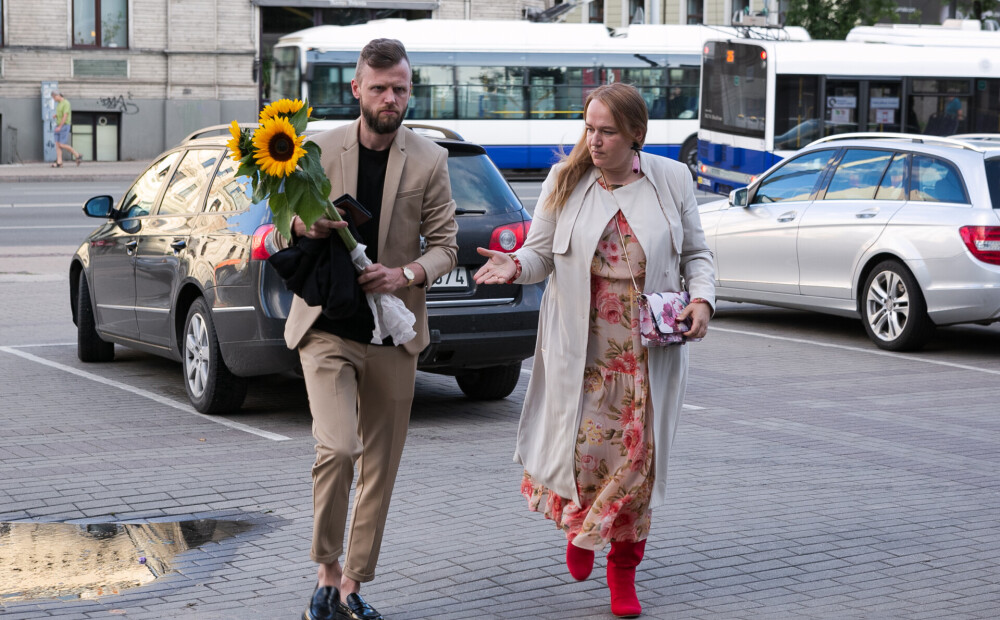 Actors Dainis Grūbe and Lauris Subatnieks played the main roles in the production.

The artist Aigars Ozoliņš, the artist’s assistant Jurate Silakaktiņa, the music consultant Zane Dombrovska and the lighting artist Harijs Zālītis took care of the artistic design of the show.

The premiere was held in compliance with all safety and disinfection measures.

The story of “Block House Don Quixote” tells about an ordinary block of flats in a residential area and an apartment in it, where someone who calls himself a “Question Mark” can stay. He seems to know something about the imminent fate of the world that others do not. Victor must not pass this door, because his job is to check the electricity meter. In Viktor’s own life, everything has turned in the air. Believing in the apartment, Viktor becomes a hostage and accomplice of the “Question Mark”. He has exactly one hour to save the world together with the very strange block house “donkihot”.

About 40 visitors had the opportunity to watch the premiere. At the entrance, the body temperature was measured for everyone and they had to sign a certificate that everything was in order, as well as indicate the contact phone number. Further down the hall, at the entrance door to the summer garden of the Daile Theater, where the new auditorium and stage are located, headphones were handed out to everyone and it was shown how to turn them on and off.

Visitors to the first new production of Daile Theater after the coward crisis looked festive and uplifted. The President of the Latvian Bobsleigh and Skeleton Federation Jānis Kols and Mrs. Mārīte Kols also confirmed the opportunity to visit the theater after a break of several months.

The show, based on a play by Arturs Dīčs, drew the audience into a real whirlwind of tension, and the performance of the main characters Dainis Grūbe and Laura Subatnieks was convincing.

The show will be open until July 5, as well as on August 8 and August 9 in the Daile Theater Summer Garden.

Seven types of mistrust that we don’t even think about

PHOTO: Discover the largest “outlet” village in the Baltics