“Congratulations, Najm,” and “Your bride, like the moon,” were the most prominent expressions of blessings and congratulations that the artist Ahmed Ezz received from his fans through various social media platforms, after sharing pictures of him with a young woman who appeared in the pictures with a white look.

The circulating photos were taken on the birthday of the lawyer “Ashraf Abdel Aziz,” the lawyer of the singer Amr Diab, and a number of famous people, who appeared next to his daughter, who appeared in a white “casual” dress, as it is characterized by being of medium length and decorated with inscriptions, with simple makeup And a smooth hairstyle, while the artist “Ahmed Ezz” appeared in “shorts”, “t-shirt”, light-colored, and “cap”, according to what the lawyer and his daughter posted on the Instagram photo site. 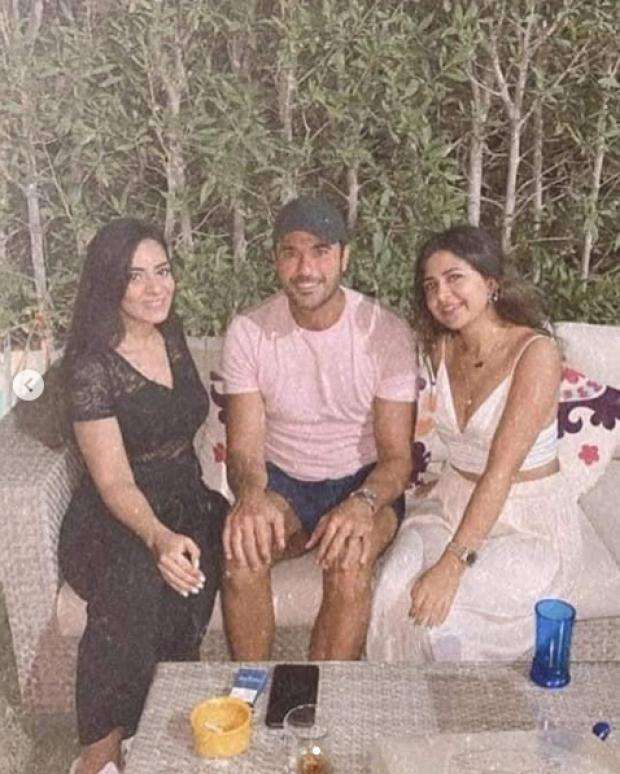 The artist, Ahmed Ezz, did not comment on the “fake engagement”, through any media statement or through social media platforms.

Last month, the artist “Ahmed Ezz” celebrated his birthday, while congratulating his colleagues within the artistic and media community, through Instagram.