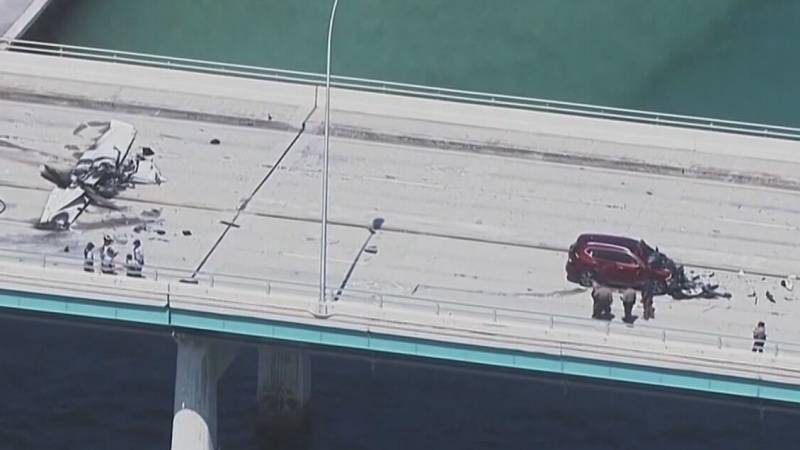 The plane, a single-engine Cessna en route to Key West, ran into trouble shortly after takeoff. While attempting to land on the bridge, it collided head-on with an SUV, flipped over and caught fire.

Two occupants of the aircraft were able to exit the aircraft under their own power. The body of a third person was later recovered, it concerns a 36-year-old man.

The driver of the car and her passengers, two toddlers, suffered minor injuries. A police spokesperson called it a miracle. “What are the chances of you just walking away after such an accident? Unbelievable.”