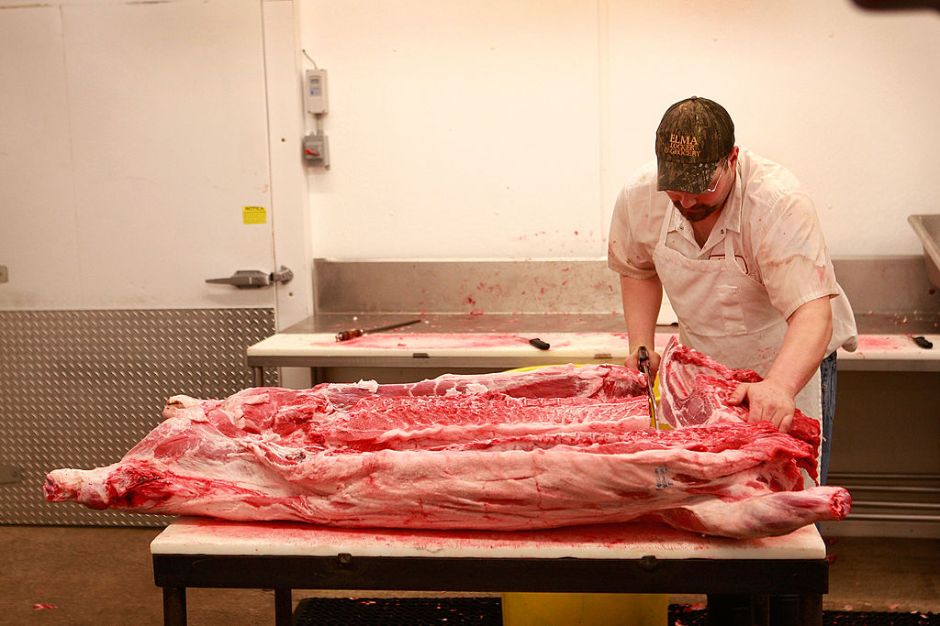 The closure will put the country’s meat supply at risk, according to the company that operates the facility.

One of the largest facilities in which it is processed pork in the United States will close its doors until further notice after some employees got sick from COVID-19. The shutdown will put the country’s meat supply at risk, according to the CEO of Smithfield, who operates the plant.

Other facilities that process animal protein have also canceled their activity in previous weeks. Until now, the country’s meat supply has not been put at risk. However, the plant’s executive director, Kenneth Sullivan, considered that This new closure “dangerously pushes the country close to the limit […] of our supply of meat”.

“It is impossible to keep our supermarkets supplied if our plants are not workingSuillivan said this Sunday in a statement. “The closure of these facilities will also have serious, perhaps disastrous, repercussions […] in the supply chain. “

At the Sioux Falls plant in South Dakota, they work 3,700 people and between 4% and 5% of pork production is processed of the country, according to Smithfield.

Gov. Kristi Noem said Saturday during a briefing that more than half of the people infected with coronavirus in the state are Smithfield workers. There are some 240 sick employees, affirmed the republican, of the almost 430 confirmed cases in the state. With these data in hand, the Mayor of Sioux Falls recommended that the company suspend its activities for at least two weeks.

Beyond South Dakota, meat processors in Iowa and Pennsylvania have also shut down because some of their employees caught the coronavirus.