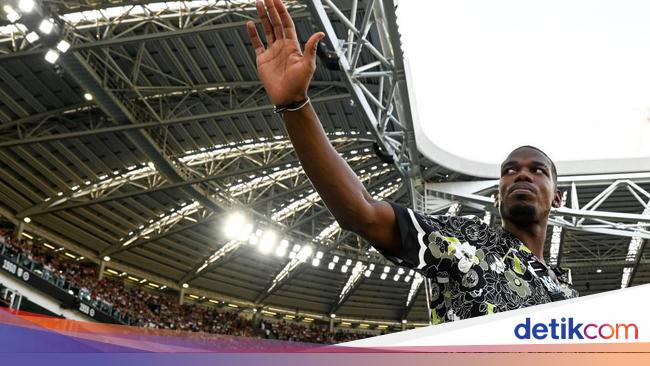 Career Paul Pogba while in Manchester United did not go as he expected. So back to Juventus is the right choice according to Pogba.

Pogba had left Juventus to join Manchester United in August 2016. The French international midfielder was transferred for £89.3 million, plus bonuses, which at that time became a world record.

During the 2016-2022 period at Old Trafford, Pogba was considered not to meet expectations despite being able to win the title. He is also often plagued with injuries.

Pogba then returned to Juventus in the summer of 2022. The 29-year-old player returned to Turin after his contract with Manchester United was not renewed.

“My heart made a choice, it was the right moment to come back,” Pogba said in an interview with the magazine GQ.

“The last three years at Manchester United didn’t go the way I wanted, it’s no secret. I was affected by injuries. Returning to Juventus was a big challenge for the club and for me.”

“I learned a lot at Manchester United. Now I am a different player. I have to take responsibility. In the first period, there were a lot of experienced players here, Pirlo, Buffon, Chiellini… now I have become like them and now it depends on how me to achieve the same result for Juventus.”

Massimiliano Allegri is one of the reasons why Pogba returns to Turin. Pogba always communicated with the Juventus coach, even when he was still in Manchester.

“I’ve always had a strong bond with Max, very open and honest. He knows me very well and we always talked when I was in Manchester,” said Paul Pogba.