Poland is preparing for the influx of refugees from Belarus. Protests after the presidential election do not subside – ČT24 – Czech Television

“We have already reviewed the law (on the protection of the state border) to be prepared for the possible onslaught of people who want to enter the territory of the European Union,” Przydacz told the Catholic radio station Siodma9.

“We need to consider supporting people who need to cross the border quickly, but we need to be accountable to our European partners, that is, with regard to the Schengen border,” added the deputy head of Polish diplomacy.

In Belarus, meanwhile, demonstrations against the outcome of the elections and violence by the police continue. Protests began in Minsk in the morning. In the streets of the metropolis, people are once again creating “living chains of solidarity”.

Their relatives often do not know about the fate of detainees and the police are silent, says a CT collaborator in Belarus

“We are against violence”, “We are not sheep” or “We have a job” – inscriptions on banners in the hands of some demonstrators say. They are responding to statements by President Alexander Lukashenko about protesters that stupid sheep are driven from abroad and criminal elements are out of work. Among other things, medics with slogans such as “Enough beating our men” or “Doctors against violence” are demonstrating.

Other people are joining the protesters

Employees of companies in the capital also show opposition to violence and rigged elections. At their rallies, they demand an end to the violence of OMON members in the streets, the release of detained protesters and political prisoners, and the holding of fair elections, reports the Russian opposition newspaper Novaya Gazeta.

Workers in Grodno also interrupted their work again. The Tut.by portal, for example, brought footage from a strike meeting at the local Azot chemical plant there. One of the participants in the poster stated “We did not vote for him”, alluding to Lukashenko’s victory in Sunday’s election.

Prisoners are due to be released on Friday

Belarussian authorities have promised to release all prisoners detained by police during demonstrations on Friday. “We will all be released by 6:00 (5:00 CEST),” Barsukov promised people who were waiting for information about their detainees in front of one of the prisons in Minsk. But it is not yet known whether this really happened.

At the same time, the Belarusian Interior Minister rejected Amnesty International’s information about excesses in the treatment of arrested protesters. “I’ve talked to everyone,” he said before getting in the car and leaving. 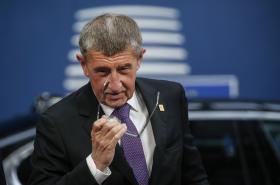 According to Babiš, the elections in Belarus should be repeated. He also supported the convening of the European Council

Evidence on the Internet. Detention also speaks of sexual coercion

Pictures and videos documenting the harsh treatment of prisoners are multiplying on the Internet. Amnesty International said a number of detained police officers had been stripped naked, beaten and threatened with rape.

“The released prisoners told us that the prisons had turned into torture chambers, where protesters had to lie on the ground in the dirt while police kicked them and beat them with batons,” said Marie Struthers, director of the Eastern Europe and Central Asia organization.

“I was beaten by ten Omons (members of the OMON special intervention forces). They kept beating me, humiliating me, threatening to die, taking off my pants and saying that they would take turns on me, “said a girl released from the Minsk prison on a video posted on the Tut. website.

Other women also reported beatings and ill-treatment. One of them told the Tut.by portal that there were 35 women in the four-bed cells. “They were beating with terrible brutality. There was blood everywhere, “she said. Police violence was also condemned by UN human rights experts on Thursday.

The release is not allowed for any further demonstration

Senate President Natalia Kočanov said on Thursday evening that the authorities would release about a thousand people on the condition that they would no longer take part in “unauthorized demonstrations”. According to the BBC, the decision to release all prisoners confirms the view of some observers that the Belarusian authorities are trying to set a more conciliatory tone after the intervention was condemned by the public and a number of countries.

According to available information, at least two people died in the demonstrations, almost seven thousand people were to be arrested. EU foreign ministers are due to discuss on Friday whether to impose sanctions on Belarus over harsh crackdowns on protesters.

Belarusian Foreign Minister Uladzimir Makej said on Friday that Minsk was ready to have a “constructive and objective dialogue” with foreign partners on the situation after the local elections. Makej expressed his willingness to dialogue during a telephone conversation with his Swiss counterpart Ignazio Cassis. 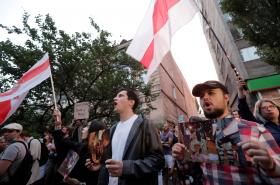 Belarusian police shot a protest in Brest. According to the government, it was self-defense

Belarus’s opposition leader Svyatlan Tsichanouska called on her supporters to sign requests for recount in the disputed presidential election. The call was made in a video posted on YouTube.

Cichanouská also called for an end to the violence, and turned to the mayors to hold quiet rallies next weekend.

According to the local election commission, authoritarian President Alexander Lukashenko won the presidential election in Belarus for the sixth time. Cichanouska did not accept the results, asked for a recount of the votes and subsequently she was forced to leave the country. He is currently in Lithuania.

“The situation is critical. I am watching with pain what has been happening in our country in recent days, “said the politician. “We must stop the violence on the streets of Belarusian cities,” she added, stressing that the most valuable thing is human life. She called on the authorities to engage in dialogue.

“Let’s protect our choice together. Sign that you voted for me, Svjatlana Cichanouska. Don’t stay away, our votes must be heard, “she urged her supporters to sign a petition requesting a recount. The form was published on the Internet in Russian. 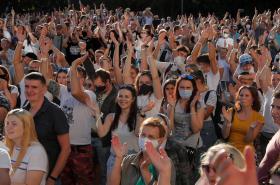 He was about to die of coronavirus and was able to say goodbye to his 5 children thanks to the moving gesture of a...

Valentín Vidal and Norma, while communicating with the five children (Facebook)His shift ended first thing in the morning...
Read more

If you've watched romantic comedies since the early 2000s, it will definitely make you nostalgic, "Like It's the First...
Read more

Less and less is missing. Samsung is already in the middle of preparations for the celebration of the Galaxy...
Read more

The extended quarantine, the definition of Duhalde and the advice of Guaidó

20 minutes – In Canada, an eldorado harder to reach than expected

Did you receive seeds in a sachet from China? Do not sow them!

These are mysterious seeds that are sowing concern across the world. For the...
Read more
Archynewsyarchynewsy.com