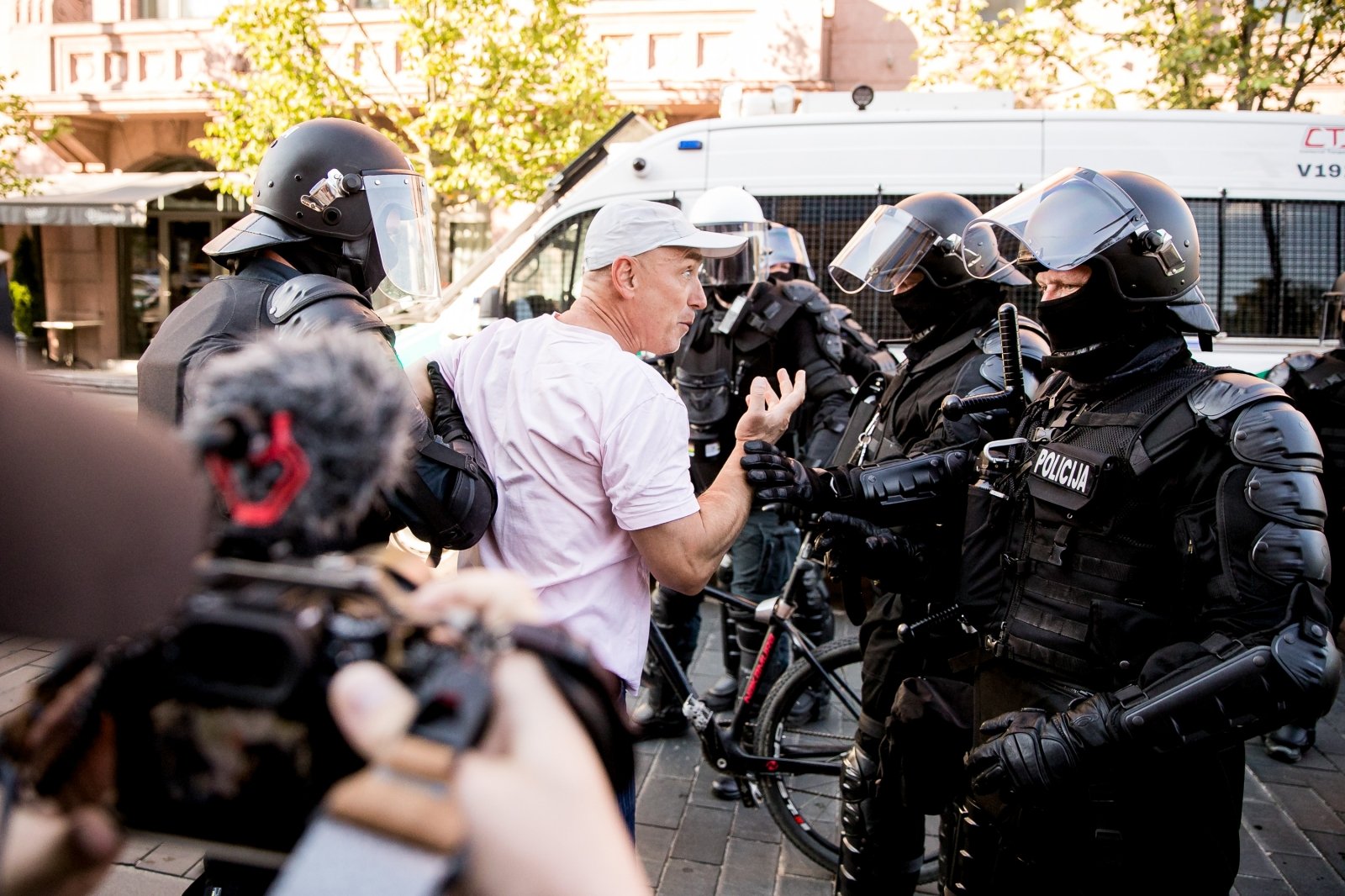 Commissioner General Renatas Požėla thanked the Chief of the Vilnius County Police Saulius Gagas and other officials for their excellent work: there were no victims (neither officials nor participants of the rally), undamaged buildings or cars.

When a few hundred people at the end rally In the Cathedral Square, he drew towards the Seimas and had to stop them. However, according to R. Požėla, it was not necessary to fight them more seriously.

Mr Gag said that since the morning, officers had been working at road posts near Vilnius: 35 administrative offenses had been recorded (cars without insurance, roadworthiness tests, etc.). The two individuals had to be in self-isolation and could not attend the rally, so they were turned around.

A total of 20 people were detained during the day: 19 for administrative offenses (walking on the carriageway, failing to comply with the legal requirements of police officers, etc.). One person was detained under the Criminal Code: drugs were found, a pre-trial investigation was launched into the possession of drugs without the aim of distributing them.

According to S. Gago, when stopping the crowd heading towards the Seimas, the officials offered the people to divide, the disobedient to the demands of the police had to be detained.

Police did not record persons who were banned from attending such events among the participants of the rally. However, officials have yet to analyze the videos of the rally.

The chief of the Vilnius county police said that the officers would also work at night, prepared for a possible threat.

See also  After the floods, it's time for desolation: in Angleur and Chênée, the police find around a hundred homes damaged

According to R. Požėla, the Cathedral Square is not the most suitable place for such events, but it is better than near the Seimas.