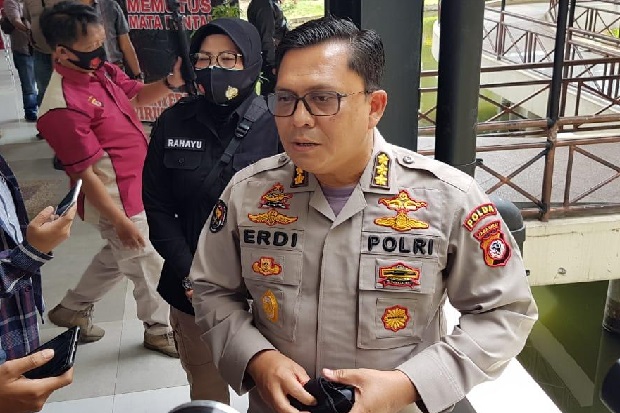 BANDUNG – The police have obtained strong evidence pointing to the perpetrators of the murder of the victims, who are mother and child, namely Tuti (55) and Amelia Mustika Ratu (22). The bodies of the two victims were stored in the trunk of an Alphard car parked at his house in Ciseuti Village, Jalancagak Village, Subang Regency.

In addition to evidence, the police also obtained statements from a number of witnesses, including Tuti’s husband, Yosep, who is suspected of knowing about the murder on Wednesday (18/8/2021) early this morning.

The Head of Public Relations of the West Java Police, Kombes Erdi A Chaniago said that one of the strongest pieces of evidence that the police had secured was surveillance camera (CCTV) footage.

“For the time being, regarding the instructions (CCTV), we have secured it, it is being studied and analyzed by investigators from the Subang Police,” Erdi said, Thursday (26/8/2021).

Even so, continued Erdi, his party together with investigators from the Subang Police continued to collect evidence and clues to reveal who the perpetrators of the sadistic murder were.

“So, the point is that until now investigators are still working to collect evidence and instructions, God willing, in the near future it will be possible to reveal who the perpetrators are,” he said.

Erdi emphasized that the police did not pursue the confession suspected to be the perpetrator of the murder, but strengthened the evidence to uncover the murder case that caught the public’s attention.

“We are not after confessions, but we will strengthen the evidence that existed at the time of the incident,” he said.

Furthermore, Erdi said, based on the results of the examination, Yosep, who is Tuti’s husband, was with his young wife, M when the murder took place.

“According to Brother Y’s statement, that night, Brother Y was with his young wife,” said Erdi.

Also Read: The Murder of Mother and Child in Subang, Police: We Will Release Soon

Still based on Yosep’s confession, Erdi continued, the condition of the victim’s house was in disarray when Yosep arrived, as seen in the room and bathroom.

“In the tub there were clothes and garbage with blood splattered. Seeing this, out of panic, I reported it to the Jalancagak Police. Then, after the report from the Sector Police, I saw that the body was already in the car,” said Erdi.

Meanwhile, M’s lawyer, Robert Marpaung, said his client had been questioned for about 10 hours by the police and asked about 20 questions. The questions asked by the police were about M’s whereabouts when the murder took place to M’s relationship with Tuti.

“What (was asked) was about whereabouts at the time of the alleged incident, it was around 4 or 5 in the morning, yes, about whereabouts when the incident continued on a daily basis, husband and wife relationships continued with the deceased, that’s all,” said Robert.

See also  "With easing lockdown there will be a second corona wave" - ​​Wel.nl

According to Robert, when the murder was committed, his client was at his house located in the Cijengkol area, Subang. M himself was at home with Yosep, so he didn’t know anything about the murder.

“My client M’s confession with the deceased is fine, but if you say it’s harmonious, how is the relationship between a young wife and an old wife. But for sure there is no problem that should cause M to do something,” he said.

In fact, added Robert, M was very shocked when he heard the news that Tuti and her child had died in a pathetic condition.

“M is shocked by the way the deceased and his son died. Conditions if they die naturally, it doesn’t matter, but if you die by being killed, it’s very cruel, right,” said Robert.