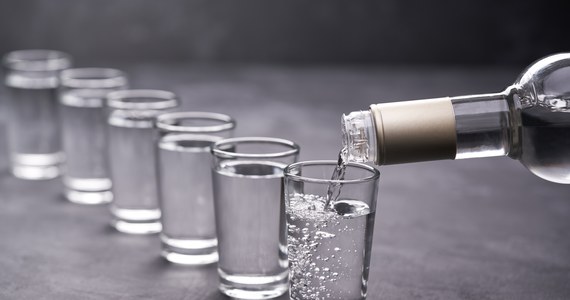 The definition of Polish Vodka specifies in detail which vodkas may be used by the PGI “Polska Wódka / Polish Vodka”.

Firstly, only five traditional Polish cereals can be used for its production (wheat, rye, triticale, barley and oats) or potatoes grown on Polish soil. Secondly, in addition to the domestic origin of the raw materials, all stages of production (except bottling) must take place in Poland.

Poland is the largest vodka producer in the European Union and fourth in the world after Russia, the USA and Ukraine. It is our country that is considered the homeland of this alcohol.

However, as shown by the results of the research commissioned by the Polish Vodka Foundation in 2017, 61 percent of tourists from Poland and abroad are of respondents believe that Russia is the motherland of vodka. Poland in this role was indicated by only 33 percent. compatriots.

It is believed that vodka should be served at a temperature of od 6°C do 8°C. it is then that we can most accurately feel the taste and aroma of the drink. Importantly, too frosted vodka loses its characteristic properties.

One of the world famous Polish vodka lovers was Pablo Picasso. This information is confirmed by the famous quote from the creator: “Three extraordinary inventions of the twentieth century are blues, cubism and Polish Vodka”.