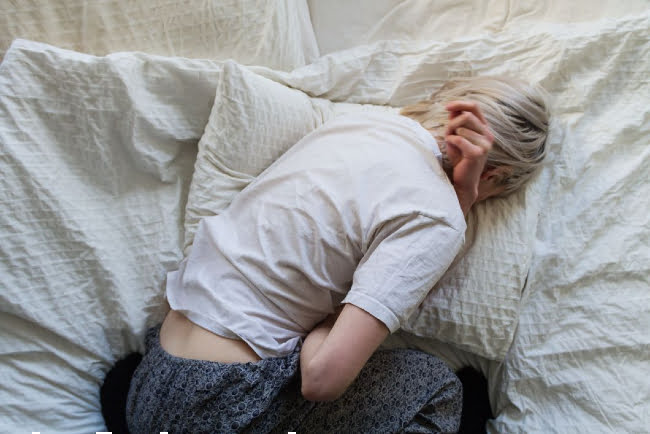 Researchers have just shown that in the long term, pollution could increase the risk of dysmenorrhea, or painful periods.

Sometimes menstruation goes unnoticed during the month, so few or no binding symptoms are felt. However, in some people or from month to month, the menstrual cycles can be much more painful. In a new study, researchers have shown that women exposed over the long term to several types of air pollutants were more likely to suffer from dysmenorrhea, either menstrual pain preceding or accompanying menstruation.

A link between pollution and dysmenorrhea discovered by researchers

In a study published in the journal Frontiers in Public Health, researchers have just highlighted the link between pollution and painful periods. The results of this work show in particular that long-term exposure to various atmospheric pollutants (nitrogen dioxide, carbon monoxide, fine particles, etc.) would greatly increase the risk of developing dysmenorrhea.

In particular, the researchers point out that over a period of 13 years, the risk of developing dysmenorrhea was up to 33 times higher in women and girls living in areas with higher levels of air pollutants than those exposed to higher levels. lower pollutants.

As a reminder, symptoms of dysmenorrhea are as follows: pain in the lower back, legs or lower abdomen, cramps, nausea, diarrhea, vomiting, headache, fatigue or even feeling unwell. This pathology can be particularly impacting in everyday life and can prevent women from working, indulging in leisure activities or going to school.

Professor Chung Y. Hsu, one of the study’s authors, said: “ Research has already shown that women who smoke or drink alcohol during their period, who are in overweight or who have their first period very young, are at greater risk of dysmenorrhea. Those who have never been pregnant also. But here we demonstrate for the first time another important risk factor for dysmenorrhea: air quality, especially long-term exposure to pollution. ».

See also  The most detailed model of the Universe has been published online. Anyone can study it

According to the researchers, pollution could increase the risk of dysmenorrhea since it promotes the production of a higher level of prostaglandins. After being synthesized in the tissues, these hormones act on muscle tone, including uterine contractility.