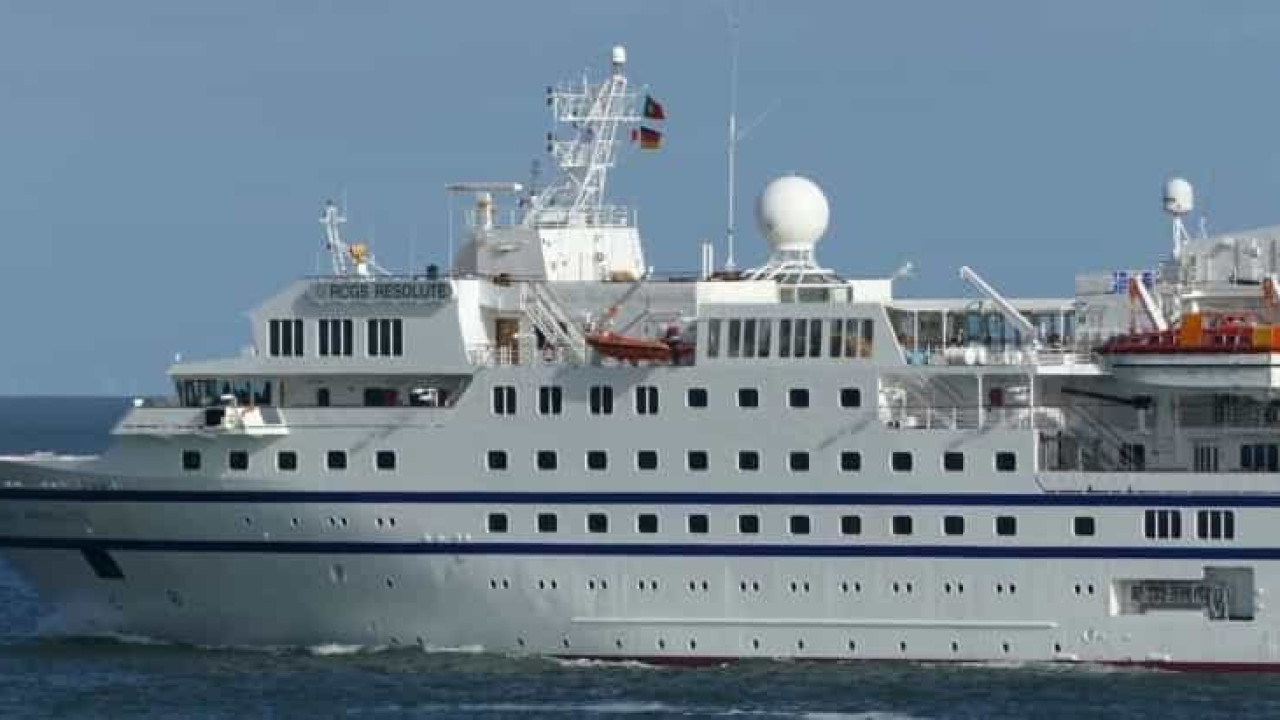 “Nthe early morning hours of 30 March 2020, the cruise ship RCGS RESOLUTE was object of an act of aggression by the Venezuelan Navy in waters international, approximately 13.3 nautical miles from the island of La Tortuga, with 32 crew members and no passengers on board “, is explained in the statement released on Wednesday by the company that operates the vessel.

According to the company, at the time of the incident the cruise “I had been adrift for a day, on the coast of that island, to perform a routine maintenance of an engine”, traveling to Willemstad, Curacao.

“While maintenance was being carried out on the starboard main engine, the port port main engine was kept on standby to maintain a distancencia safe from the island “, it is explained.

THE Columbian Cruise Services (CCS) also said that “just after midnight” on Monday (5 am on Tuesday in Lisbon), “the cruise was approached by a Venezuelan Navy ship that radio questioned the intentions” of his presence “and gave the order to accompany him” to Porto Moreno, on the Venezuelan island of Margarita.

“As the RCGS RESOLUTE was sailing in waters international, the captain wanted to reconfirm this specific request, which resulted in a serious deviation from the programmed route of the ship, with the company DPA“, it is stated.

While “the captain was contacting the head offices, pistol shots were fired” and the Venezuelan navy boat “approached the starboard side at 135 ° and deliberately crashed” with the cruise.

“The Navy vessel continued to strike the starboard bow, in an apparent attempt to turn the head of the cruise in direction at waters of Venezuela “, it is added in the same note.

According to CCS, although the cruise “suffered minor damage, which did not affected navigability, the Navy vessel suffered serious damage, when making contact with the bulbous bow reinforced for the ice “of the RCGS RESOLUTE – ice expedition cruise -, “and started to enter Water“.

The cruise was ready to support, staying more than an hour in the vicinity of the site “and contacted the Maritime Rescue Coordination Center (MRCC) of Curacao, international body that supervises all maritime emergencies “, he guaranteed.

“All attempts to contact the people on board the Navy vessel had no response “, the statement said.

The company also said that it only resumed navigation after receiving instructions “from the MRCC to continue and that no additional assistance was needed “.

The Venezuelan Ministry of Defense announced on Tuesday that a Venezuelan Navy ship was shipwrecked on Monday after a collision with the Portuguese flag cruise “Resolute”, north of the island of La Tortuga, located 181 kilometers northeast of Caracas.

According to the Venezuelan Ministry of Defense, at 12:45 am on Monday (5:45 am in Lisbon), the Coast Guard motorboat “Naiguatá GC-23 “performed” maritime patrol tasks “in the Venezuelan territorial sea, when” it was hit by the passenger ship ‘Resolute’ (122 meters long and 8,300 tons of displacement), of Portuguese flag “.

The collision occurred when the Navy vessel “was carrying out a maritime traffic control procedure, which caused great damage” to the Venezuelan Coast Guard boat, explained in the statement.

Meanwhile, the Ministry of Foreign Affairs of Venezuela reported the incident to the Lisbon embassy in Caracas, through a verbal note.

“We will respond as soon as possible to the verbal note from Venezuela. This incident, whatever its nature, is an incident that should not disturb State-to-State relations between Venezuela and Portugal, let alone a private ship and an isolated incident whose responsibilities can and should be ascertained “, said Augusto Santos Silva.

On Tuesday the President of Venezuela, Nicolas Maduro, accused the Portuguese flag cruise “Resolute” of having carried out an act of “terrorism and piracy” against the Venezuelan Navy ship.

Nicolas Maduro urged the authorities of the Curacao, Dutch territory, where the ship is currently anchored, investigating this “act of international piracy”.

Read also: Case of the ‘Resolute’ package in Venezuela “is not an incident between States”