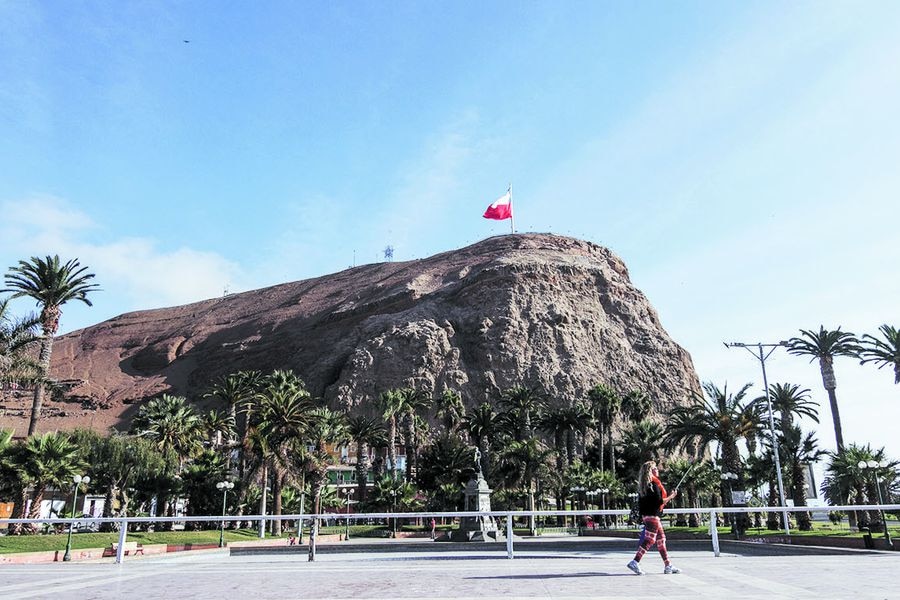 When could an increase in infections lead to a Covid-19 outbreak? And when is it appropriate to intervene and implement restrictive measures? These are some questions posed by a group of researchers from the Public Health program and the Department of Mathematics of the University of Santiago at the beginning of 2020. Even before the first peak registered in June of last year.

The academics established a methodology, which resulted in an academic article that has already been sent for peer review to the scientific journal. International Journal of Environmental Research and Public Health. What they propose is a standardized criterion to identify “waves of Covid-19”, establishing start and end dates, and using as a basis the data and trends of the municipalities of the Metropolitan Region between March 2020 and July 2021.

Because of this, if a commune or region meets an incidence rate greater than 70 cases per 100,000 inhabitants for two weeks in a row, and remains on the rise, the area is experiencing an active outbreak of the disease.

Using this methodology, the researchers maintain that the Arica and Parinacota Region has already started a new wave of Covid-19, while in Aysén there is a budding outbreak.

In the case of the north of the country, the regional health authority has confirmed that Arica and Parinacota are experiencing an increase in cases associated with the delta variant, which today leaves 173 active cases.

“By applying this model, the beginning of a new wave of infections has been detected in the Arica and Parinacota Region, since the weekly incidence rate has exceeded 70 cases per 100,000 inhabitants during the last two weeks, and the infections this week are higher than the previous week. Furthermore, we are concerned about the situation of the Aysén region, which has also increased its cases and could be the next region to start a new wave of infections “, reports the report.

See also  Specialist advice: receive your 1st dose of vaccine before July 15 to avoid a new wave in September

The academic in Public Health of the house of studies, Claudio Castillo, points out that at the beginning, when the Ministry of Health established the first version of the “Step by Step” plan, among the indicators to go back the phase, the incidence of 10 daily cases per 100,000 inhabitants, which, taken to a weekly range, translates to 70.

“That means that the commune is in an active phase of the pandemic. What we see is that Arica is at the beginning of a wave, and we look closely at what is happening in Aysén. With the data in sight, what it would imply in terms of public policies is to take sanitary measures in the territories ”, he says.

Before the end of the State of Constitutional Exception, and with the four communes -Arica, Putre, General Lagos, Camarones- of the region in the Preparation or Opening Phase, Castillo points out that without the tool of general confinements, the measures of containment should be in line with individual isolates.

“The health authority must avoid, at all costs, that there is community transmission from these cases. Likewise, strengthen the testing of cases with operations where these two criteria described are met. If the cases are increasing in this region, it is because the traceability of the contacts is not being effective, “he says.

The academic from the Department of Mathematics Felipe Elorrieta agrees, who points out that without general containment measures, such as quarantines, “we should try to invest in assigning more people to traceability. When the cases are few, conducting case investigation is relatively easy, but when the incidence rises, the tracers are overwhelmed. The general quarantine allows us to isolate everyone, but a well-done traceability allows us to isolate those infected and not healthy people ”.

Until now, and according to the epidemiological history of the pandemic in the Arica Region, it is the third time that this territory has faced an increase in cases and the critical indicators of the incidence of cases are already on the rise for 10 days.

Carlos Pérez, the infectologist at Clínica U. de los Andes and dean of Medicine at U. San Sebastián, describes that in the latest report from the Public Health Institute (ISP) it is stated that in the detection of genomic sequencing at least 60 % of the samples detected correspond to the delta virus lineage.

This more contagious strain could largely explain why the region, after having fewer than 40 active cases at the beginning of September, today exceeds 170.

“What we know is that delta has a lower risk of hospitalization, complications and the need for an ICU in vaccinated people. In an unvaccinated person it can behave exactly the same or worse than the original Wuhan variant. Regarding contagiousness, if the R -or how many people a case infects- of the original virus was between 2-3 people, for delta it is between 5-9 people. Much more contagious, even, than the UK alpha variant, detected at the end of last year ”, he concludes.