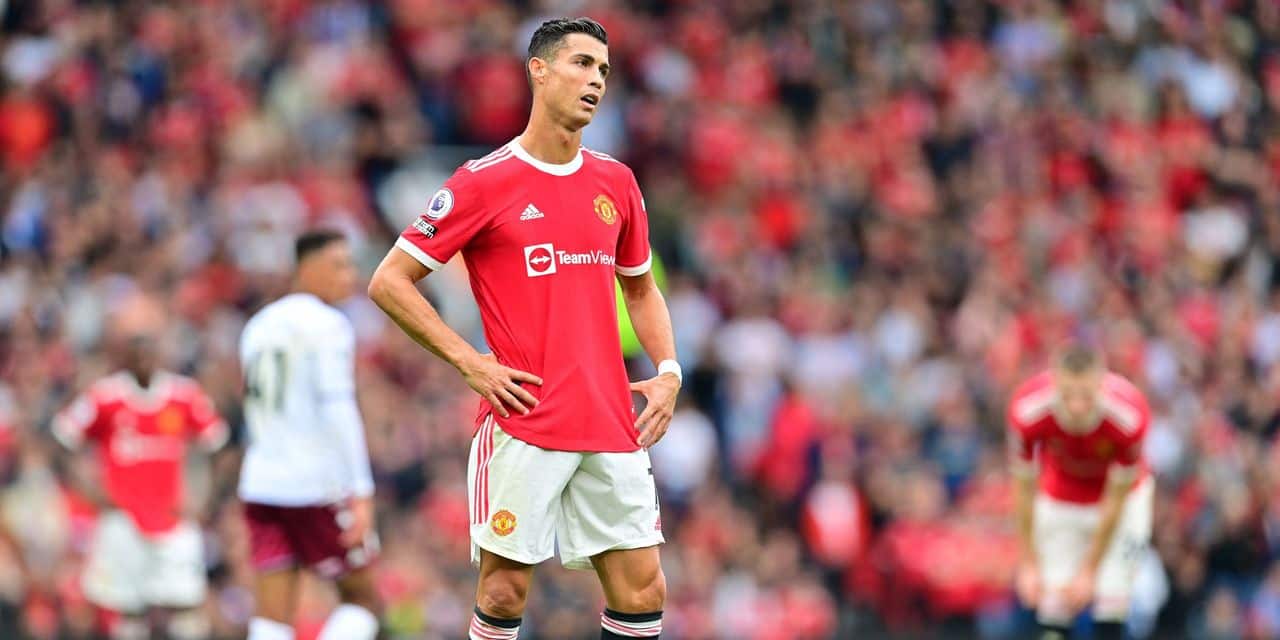 Jostled by the promoted Brentford (3-3), Liverpool took advantage of the negative results of its competitors, to take control of the standings, with 14 points, a length in front of a quartet made up of Chelsea, both Manchester and Everton.

Brighton (12 pts) could switch to the lead if successful at Crystal Palace on Monday night.

“We did our part. We played very good football, created incredible chances. We scored three times, we should have scored 4, 5 or 6, but they deserved their 3 goals and could have scored 4. “, admitted Jürgen Klopp after the match.

Liverpool equalized by header Diogo Jota (1-1, 31st), before Mohamed Salah gave them the advantage (1-2, 54 ‘) with his 100th goal in 151 Premier League matches. , a milestone that no Liverpool player had reached so quickly.

Young Curtis Jones (20) thought he had given the victory to his team (3-2, 67 ‘), but the Reds had to content themselves with sharing the points.

After three consecutive losses against the Blues, including a painful one in the C1 final last year, Pep Guardiola regained the ascendancy (1-0) over Thomas Tuchel.

“It’s a good way to start this fascinating week that awaits us,” said the Catalan before the trip to Paris and then to Liverpool next Sunday.

“Today the guys were excellent. In this stadium and against these opponents, doing what we did makes me so proud,” he added.

Tuchel hoped to dominate the midfield with Jorginho, N’Golo Kanté and Mateo Kovacic, and that the speed of Timo Werner and the power of Romelu Lukaku would make the difference in front, but “we were excellent in our 20 meters, not in the other 80, “lamented the German.

If the first period left the two coaches hungry – Chelsea being cornered and City harmless – the match logically tipped in favor of the Citizens, thanks to a strike from Gabriel (1-0, 53 ‘) deflected between Jorginho and Antonio Rüdiger.

City could have doubled the lead without a superb save from Mendy on a Jack Grealish strike (57 ‘) and a save from Jorginho on the line ahead of Gabriel Jesus (61’).

For the Blues, this is the first setback of the season as a delicate trip looms on the field of Juventus in C1 on Wednesday.

With a Cristiano Ronaldo for once silent, a goal conceded at the very end of the match and a penalty then missed by Bruno Fernandes the Red Devils missed the opportunity to take the lead in the standings.

The visitors had taken a rather deserved advantage on a header from Kortney Hause (1-0, 88 ‘), in a match where United never mastered the proceedings despite 28 shots on goal.

We believed that the Red Devils would avoid the worst when they got a penalty at the last minute, but Bruno Fernandes, preferred to Cristiano Ronaldo yet on the ground, to hit him, missed the target (90 ‘).

This first loss in the league puts the pressure on Ole Gunnar Solskjaer and victory will be imperative against Villarreal in the Champions League on Wednesday.

This double defeat of Chelsea and United is the business of Everton who easily beat (2-0) the promoted Norwich still looking for his first point this season.

Andros Townsend on penalty (1-0, 28 ‘) and Frenchman Abdoulaye Doucouré (2-0, 77’) confirmed the superiority of the Toffees who reacted well after their loss (3-0) at Aston Villa, while they will challenge Manchester United at Old Trafford next Saturday.