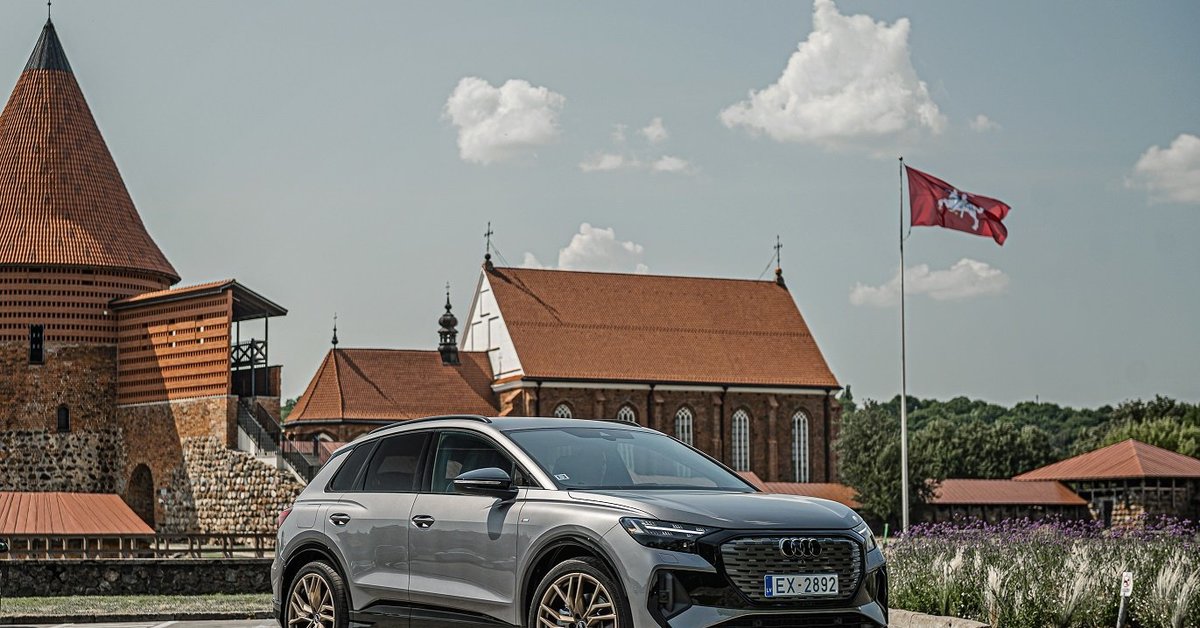 By the way, the first ten customers who pre-order the Audi Q4 e-tron in Lithuania will also receive a special gift – an Audi electric scooter, which can travel up to 65 km and reach 20 km / h on a single charge. speed. Scooters will be delivered to customers as soon as they order the car.

The 4.59-meter-long Audi Q4 e-tron is a great helper for everyday tasks: both the spacious cabin and cargo compartment are larger than usual in this segment and the equivalent of large SUVs. Depending on the position of the rear seat backrests, the Q4 e-tron’s boot with electric doors holds between 520 and 1490 liters.

The Q4 e-tron’s body lines impress with their impressive proportions – short front, large wheels and expressive athletic form. For the first time in the world, the electric car has an optional digital light design: with the MMI touch system, the driver can choose from four different looks. Also, via the myAudi app on your smartphone, the driver can activate home charging and pre-set the desired cabin temperature without even sitting in the car.

In-car innovation is also plentiful: the next-generation touch-wheel steering wheel allows the driver to select information on the digital instrument panel, and the multimedia and navigation system is controlled via the central MMI touch screen. Optionally, the Audi Q4 e-tron can have another innovative technology: a projection screen with augmented reality function.

See also  Musk is the fourth richest place in the world. It cost him 15 billion from Zuckerberg

Enduring both in the city and on the highway

The choice of electric vehicle gears meets the needs of very different groups of buyers, from those who mostly drive only in the city to those who travel long distances. Two sizes of batteries and three gear variants are available.

All versions of the Q4 e-tron can have a sports suspension with 15 mm less ground clearance (standard suspension in the S line version). Aerodynamic rims in different designs from 19 to 21 inches are also available – with a large enclosed surface they are also important for increased efficiency.

See also  These car innovations were lost in the lockdown

Already in the standard version, the compact electric SUV has many auxiliary systems, such as efficiency assistance, which helps maintain a predictable driving style and allows optimizing energy consumption. Optional auxiliary systems, as well as a large selection of other accessories, are divided into packages. Of particular note is the adaptive cruise control system, which helps the driver maintain the distance to the car in front and drive in their lane at any speed. And the surrounding video cameras make it much easier to maneuver in the city and when parking a car.

Q4 e-tron is produced in a CO2 neutral way

Audi produces the Q4 e-tron in an environmentally friendly way. The plant in Zwickau, Germany, uses green electricity, and battery cell suppliers must ensure that only green electricity is also used in their production processes. Emissions that cannot be avoided at present are offset by TÜV-certified climate protection projects that meet the strict requirements of the Gold Standard Foundation.

Together with its suppliers, Audi is firmly and systematically committed to acting responsibly in all automotive projects. Since 2017, the company has been evaluating its partners using a sustainability rating that it has developed to ensure raw material-sustainable production processes and compliance with social standards.