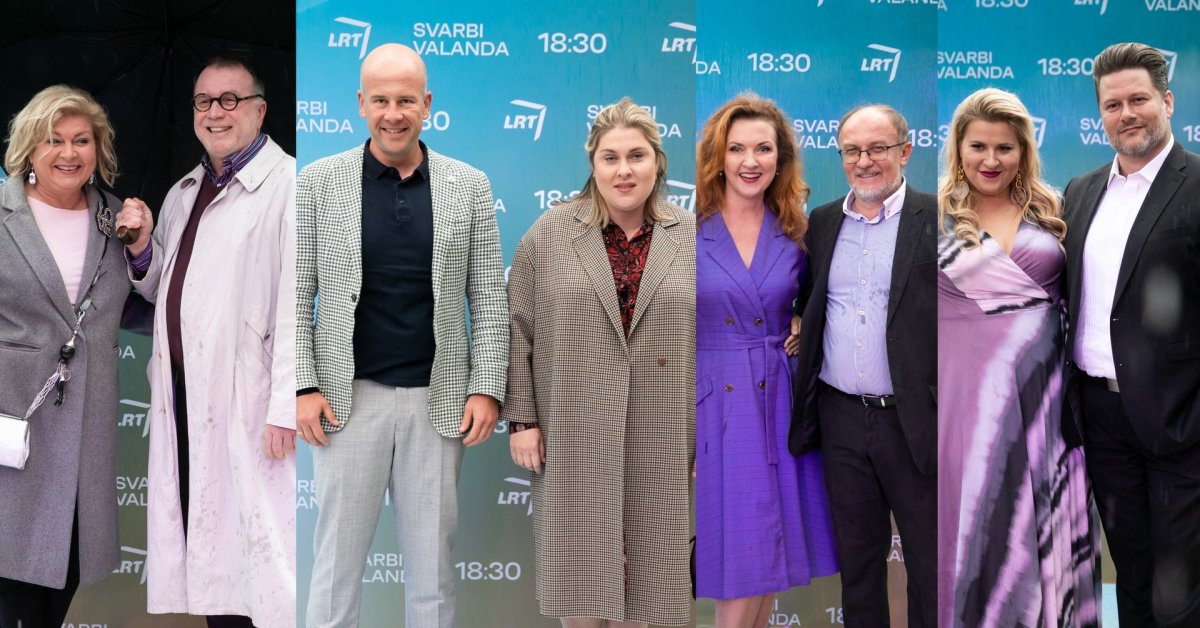 The guests gathered in the courtyard of the LRT watched the presentation of the first topical program “Important Hour”, hosted by journalists Rasa Tapinienė and Deividas Jursevičius. D.Jursevičius himself joined the broadcast, speaking to LRT General Director Monika Garbačiauskaitė-Budrienė directly from the studio about the new season, it is written in a press release.

Event guests – in the gallery:

In the new LRT television season, another new topical program “Lietuva kalba” will be waiting for the audience, which will also be hosted by Rasa Tapinienė. The audience will continue to watch current affairs and news programs: “Good Morning, Lithuania”, “Good Day, Lithuania”, “Panorama”, “Forum”, review of the week’s events “Week”.

On Saturdays, the Maestro music project, created in BBC format, will be invited to the screens, where eight bright stage personalities meet music. This time they will be in the center of the music and the stage of the Lithuanian National Opera and Ballet Theater – they will take the conductor’s wand and stand in front of a real orchestra.

Educational shows, meaningful animation and cozy movies, which are always fun to watch with the family, and especially on Sundays, therefore in the new season LRT announces “Children’s Sunday”. Sunday’s children’s program will be launched by a new educational show for children with dreams, desires and ideals, “Children of Dreams”.

See also  Israel is getting stronger, the second squadron of its F-35 stealth jets is ready to fight

In the new season – favorites of the most important world film festivals, good European cinema, films by Lithuanian directors, retrospectives of the most famous names. Also on Mondays at 9:30 p.m. Through LRT Plus, viewers are invited to look at human uniqueness, sensitivity and temporality in the world documentary cycle “Human Scale” – stories from Nepal, Iran, Canada, Cuba, Australia, USA, Iceland, the Netherlands, Romania, Germany, the United Kingdom, Slovenia and other parts of the world. countries.