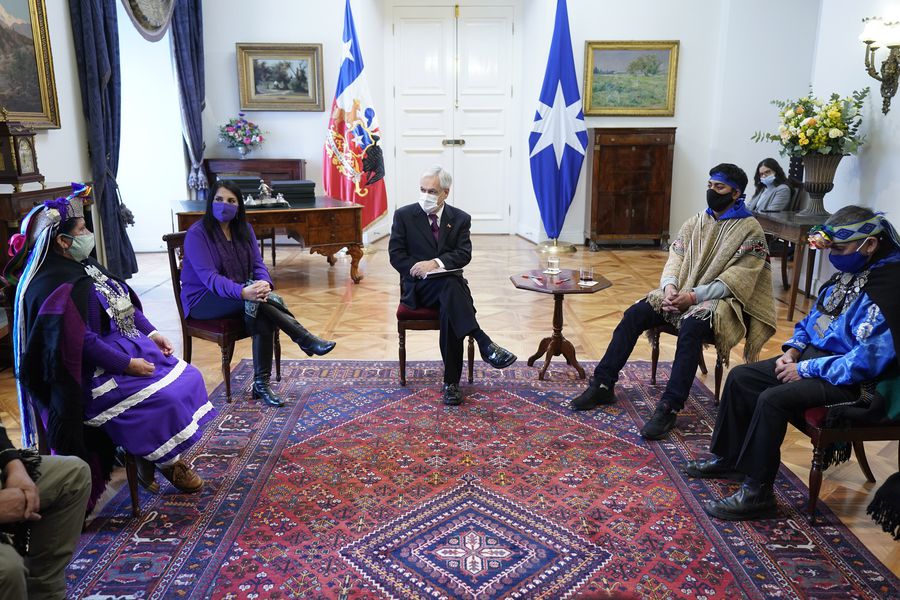 This morning the President, Sebastián Piñera, together with the Minister of Social Development, Karla Rubilar, met with a group of Mapuche machis and lonkos in La Moneda.

This is how the President received the Council of Longkos and the Corporation of Machis in the Palace. As reported, the objective of the meeting was to invite the President to participate in the Füta Trawün, a meeting between Mapuche communities and the three powers of the State to begin a process of dialogue, in Carahue, in the province of Cautín, Araucanía Region, which will take place on September 9 at 10:00 a.m.

The meeting lasted an hour and among the attendees was the lonko Aniceto Norin, who has been the victim of arson attacks, Jose Cariqueo, among others.

“From the Government of President Piñera we are convinced that dialogue is a fruitful path and as we have said previously, as it is the correct path, we will have to travel it as many times as necessary. In this sense, I greatly appreciate the spirit and willingness to dialogue that the Mapuche people have had for hundreds of years by their ancestral authorities, through their Longkos and Machis, and which has been reflected in important agreements and parliaments of the past. “, Said Minister Rubilar after the appointment.

He added that “from the Ministry of Social Development we will always collaborate so that these and other instances of conversations – Nütram can come to fruition, not only in the purpose of the conversation, but also putting a lot of space and emphasis on how the process is carried out and the time to dialogue from the being and then see the doing ”.

The meeting takes place one day after The eight Mapuche community members of the Angol Prison put down their hunger strike after more than 100 days with the measure.

The strikers sought to have pretrial detention or custodial sentences replaced by house arrest in their communities. However, none of these demands were met during the process.