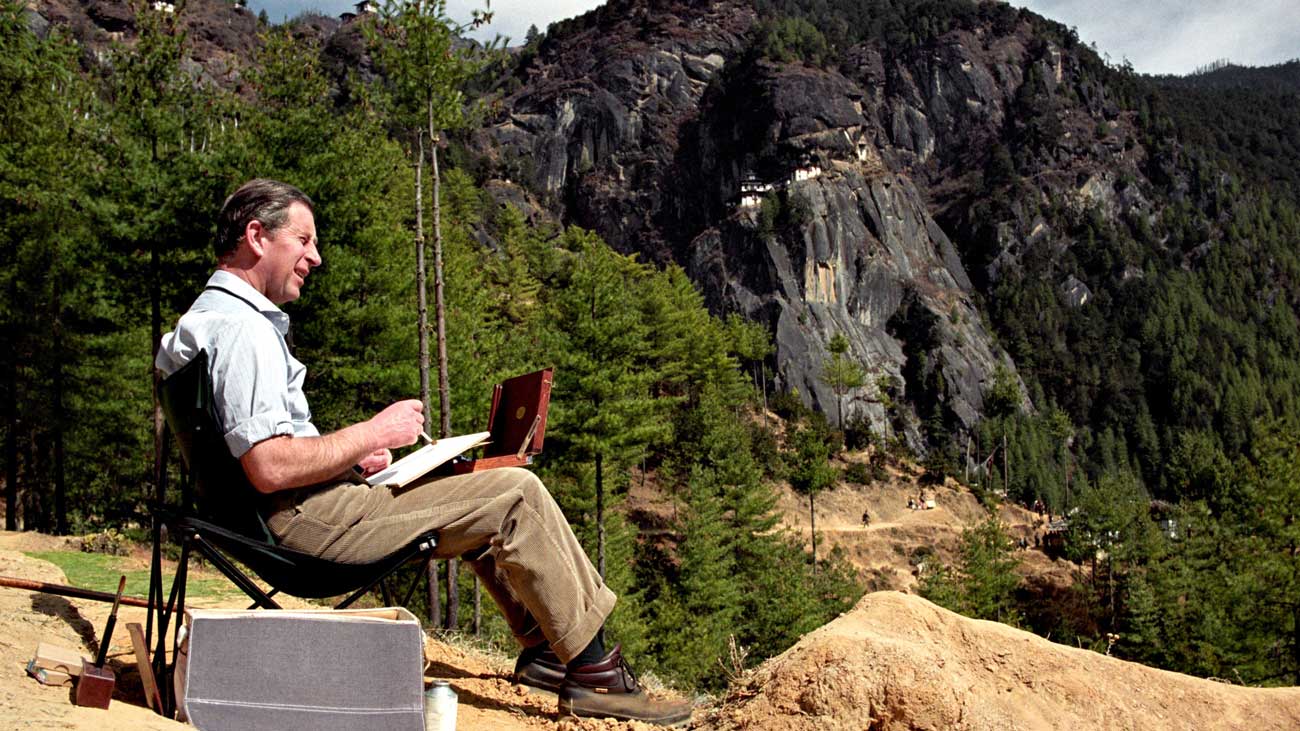 Prince Charles is currently exhibiting his watercolors in London. The exhibition, which runs until February 14, 2022, features nearly 80 works by the Prince of Wales. Never have so many watercolors of the heir to the throne been presented in a single gallery.

The largest exhibition of Prince of Wales watercolors

It is at the Garrison Chapel of the former barracks of Chelsea, in the chic London district of Belgravia, that Prince Charles is currently exhibiting 79 watercolors. The Prince of Wales inherited this family passion that dates back to Queen Victoria and her husband, Prince Albert.

Looking through Clarence House’s balance sheet figures in 2016, The Telegraph discovered that the sale of lithographs of his watercolors, sold in the shop of his residence in Highgrove, has raised no less than 2 million pounds since 1997. The money raised is used to finance the Prince of Wales Foundation.

Also read: Beatrix from the Netherlands is interested in trees in Dutch painting

At the start of the year, Prince Charles embarked on a large-scale project. The prince of wales foundation recalls that in 1998, for his 50th birthday, he exhibited 50 watercolors at Hampton Court Palace. The National Gallery of Australia also exhibited 30 watercolors in 2018, on the occasion of its 70th anniversary. And already in 1994, CNN recalls that the British Post had issued a collection of stamps made of watercolor landscapes of Prince Charles, in honor of the 25th anniversary of his investiture as Prince of Wales.

A favourite hobby of the Prince of Wales has become quite lucrative. Prince Charles is a very gifted watercolourist and signed lithographs of his original works have earned millions of pounds for his charitable foundation. He signs his paintings as A.G. Carrick. (Pinterest) pic.twitter.com/5gE9tX1Ij9

Prince Charles regularly paints the estates of the royal family, including Balmoral Castle and the Sandringham Estate, but he has also produced watercolors in Turkey, Nepal and the Swiss Alps. Among the 79 watercolors exhibited until mid-February, we find mainly landscapes from Scotland and France.

Prince Charles himself admitted that his “first works were failed“. During the period of his first attempts, he did not consider his watercolors to be high art. “Now thinking back to those early sketches I did, I am appalled at how bad they are. But, nevertheless, the important thing in painting is that you make your own interpretation from whatever point of view you have chosen. Because it forces you to sit down and carefully observe the selected subject, you discover so much more than just pointing a camera. Since then, his technique has evolved and the watercolors of Prince Charles are rather successful.