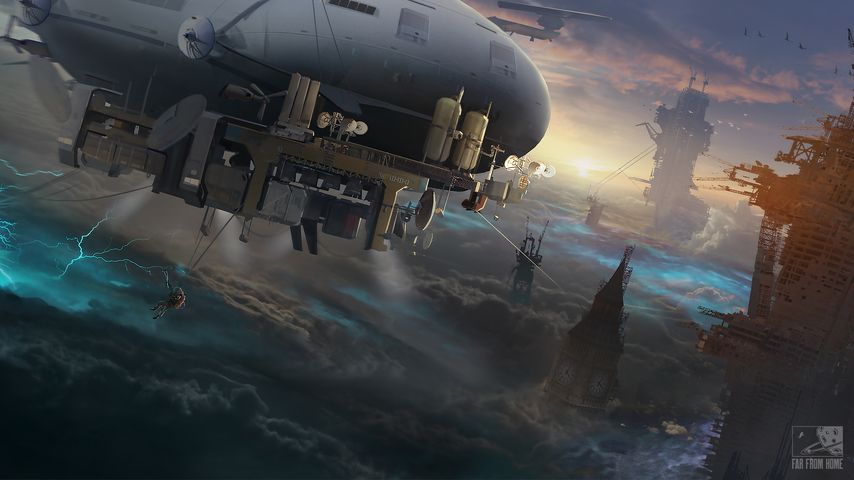 What we know for the moment of the project is only a note of intention, accompanied by a single visual. If the punchline “Subnautica in Death Stranding world“is obviously there to attract the eye, the studio still wanted to develop a little the pitch of his game, as well as his fundamentals of gameplay.

Project Oxygen thus takes place hundreds of years after Humanity caused an ecological disaster and covered its planet with a thick toxic fog. Pushed to the sky, she first tried to escape a disastrous fate by erecting gigantic towers, made of odds and ends, in order to rebuild a new society and correct its mistakes. An attempt which also ended up failing and from which only a small group managed to escape mysteriously unscathed. We will therefore play a lonely scientist, returning to the ruins of earthly civilization, while new ecosystems not necessarily very welcoming have developed on the surface of the once Blue Planet.

The idea would therefore be to offer an exploration game with an FPS view, based on a strong survival component, and encouraging the player to progress ever further into the unknown. To do this, the player will have an airship, which he can pilot, improve and customize as he pleases. It will serve as a refuge, but also as a base of operations, in the manner of what had been able to propose Subnautica. The game is currently considered as a solo experience, but could eventually include a cooperative side.

Project Oxygen will be developed on Unreal Engine (without the engine version being specified) and should be released on PC, PS5 and Xbox Series X at a date not yet announced.