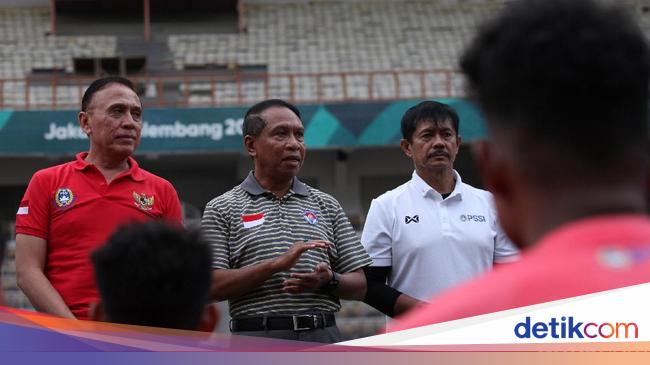 Young players from Brazil are making their way to Indonesia. This phenomenon is indicated for the naturalization program PSSI towards the 2021 U-20 World Cup.

At least three clubs have recruited young players from Brazil. They are Persija Jakarta, Arema FC, and Madura United.

The three clubs have stated that the inclusion of young Brazilian players for the benefit of the U-19 Indonesian national team in the 2021 U-20 World Cup. However, PSSI tried to argue with Indra Sjafri as technical director.

“The arrival of these young foreign players from Brazil has nothing to do with PSSI. That is a matter for the League 1 club. Players who are called up by the Indonesian national team must have an Indonesian passport,” said Indra as followed from the PSSI official website.

There is nothing wrong with PSSI trying to fend off accusations of wanting to naturalize players in order to be successful in the 2021 U-20 World Cup. In fact, Indra once admitted that currently naturalization is needed.

Indra admitted that there was an opportunity for naturalization when he talked a lot on the Youtube channel Hanif & Rendy Show, which is content owned by two young Indonesian footballers.

“So far, I am actually an anti-naturalized person because all the potential of local players are cool. But in the context of the World Cup, it is different, not only Southeast Asia is competing but the world,” said Indra.

“Don’t just want to show the world ‘this is the result of Indonesian football coaching’ qualifying for the World Cup even though the host will not be able to, not humiliate Indonesian players,” continued Indra.

“Therefore, we want the U-19 Indonesia National Team to form a team framework, we will evaluate it in Uzbekistan. We will see how the shortcomings are, we are looking for young players. We will think about it later. We are looking for players outside, to be with children. -children on the team right now. “

“If he has been naturalized it means he is an Indonesian citizen, if he is 19-20 naturalized it still makes sense. But if the age is 35 and the ability is below Hanif, then what is it for? It’s good we raise Rendy,” concluded Indra to Hanif and Rendy.

The slides are not explained in detail in the show, but there are three players as an example to naturalize. The three of them are Leozao, Pedro, and Maike Henrique. All players are already in Indonesia.