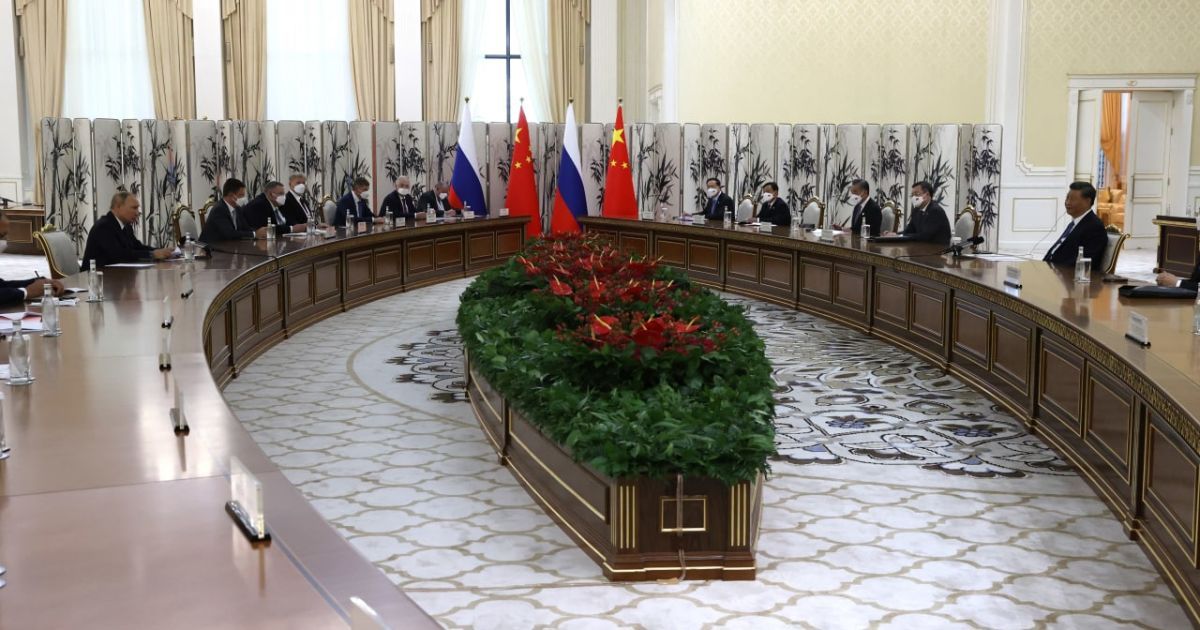 Russian President Vladimir Putin met with Chinese President Xi Jinping in Uzbekistan at the summit of the Shanghai Cooperation Organization, formed by Beijing and Moscow. But attention was riveted to the table at which the negotiations were conducted.

This time, social media users noticed a curious detail. At the table at which the Russian and Chinese delegations headed by the presidents of the countries gathered, in the middle there was an object decorated with artificial flowers, very reminiscent of a coffin.

It is interesting that the photos from the meeting in Samarkand published the Kremlin press service on the official telegram channel.

Kremlin photographers could have taken a photo from a different angle, but for some reason they chose the one that turned out to be unsuccessful.

Note that the Russian president is afraid to sit down at the traditional table with world leaders. The head of the Kremlin has two favorite tables at which he conducts international negotiations. One of them – Putin’s golden table, its Italian designer, recognized his work from numerous photographs of the table, which are now printed by all the world’s media. He toldthat he created a table made of natural wood with elements of gold 25 years ago. Putin has another favorite table, it is made of brown wood and is just as long.

See also  Meloni relies on Draghi with the EU for Ukraine, NATO and public accounts