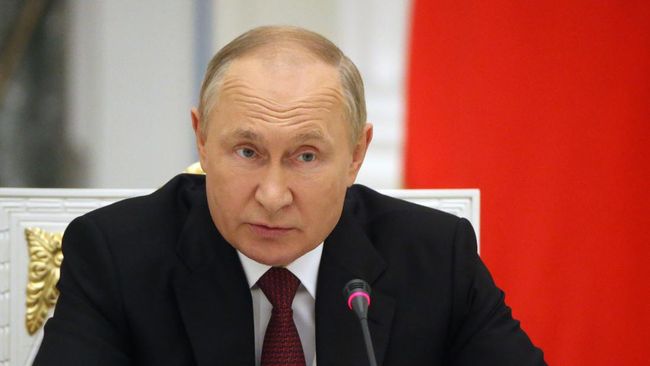 Jakarta, CNBC Indonesia – The US dollar index and gold both shot up on Wednesday (21/9/2022). Something that rarely happens, because the two have a negative correlation. That is, when the US dollar index shot up, gold would slump.

The movements of the two occurred suddenly after Russian President Vladimir Putin suddenly appeared on Russian TV and gave a speech. Putin announced the partial mobilization of Russia’s military.

“The West has tried to turn the Ukrainian people into cannon fodder,” Putin said in translation Reutersquoted CNBC International.

He again blamed the West for starting a proxy war with Russia. Putin said the “mobilization” would begin today without giving further details.

“I consider it necessary to support the proposals of the Ministry of Defense and the General Staff to carry out partial mobilization in the Russian Federation,” he stressed, adding that the relevant decrees had been signed.

Market participants see there is a greater risk of war occurring. As a result, the US dollar which is considered an asset safe haven skyrocketed, so did gold.