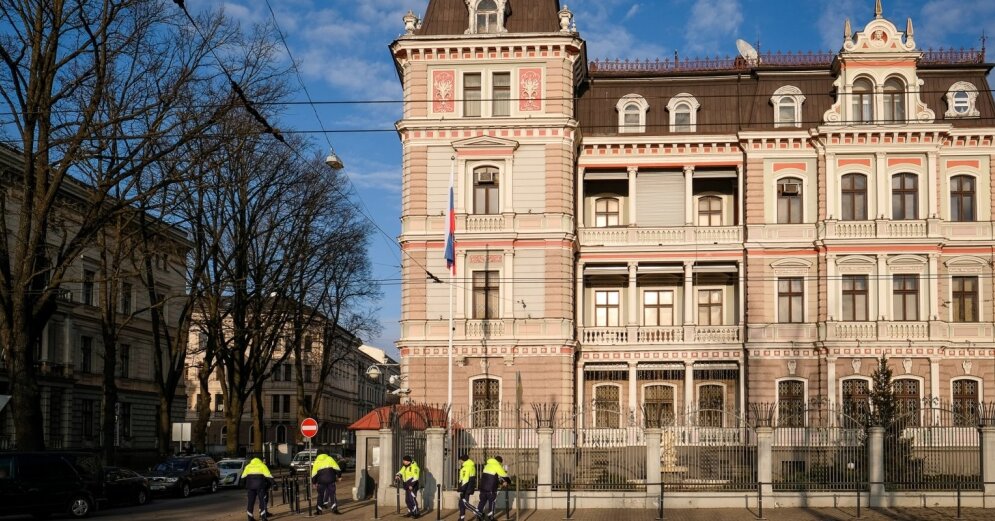 During the last few days, residents of Riga have observed impressive queues at of Russia embassy buildings in Riga. Neither the embassy nor the Latvian security services comment on the reason for the queues, but from the public statements of the services, it is clear that if someone standing in the queue chooses to go there to refer to the partial mobilization announced by the Russian dictator Vladimir Putin, that person may face criminal liability.

Portal “Delfi” sent questions to the Russian embassy in Latvia, asking to explain the goals of the people standing in line, but the embassy has not given an answer.

The Office for the Protection of the Constitution (SAB) noted to the portal “Delfi” that the office has no publicly available information in this regard.

SAB stated that SAB regularly informs the highest officials of Latvia about possible threats and security risks. The office also invited the portal “Delfi” to contact the Russian embassy.

At the moment, there is some kind of gathering at the 🇷🇺Russian Embassy. Mobilization? pic.twitter.com/UycRyVV6is

“Delphi” already announced that State Security Service (VDD) previously reminded that in accordance with Article 77.1 of the Criminal Law. and Article 95.1 Latvian citizens, including dual citizens, non-citizens and foreigners who have a permanent residence permit in Latvia, face criminal liability for service in the Russian armed forces and participation in the war against Ukraine and its inhabitants.

Also for dual citizens according to Nationalities the first part of Article 24 of the law, the Latvian citizenship can be revoked for the mentioned criminal offences.

Information on received mobilization summons can be provided by writing to the VDD at the e-mail address [email protected] or by calling the service’s 24-hour phone number 67208964.

VDD states that it guarantees the confidentiality of information providers.