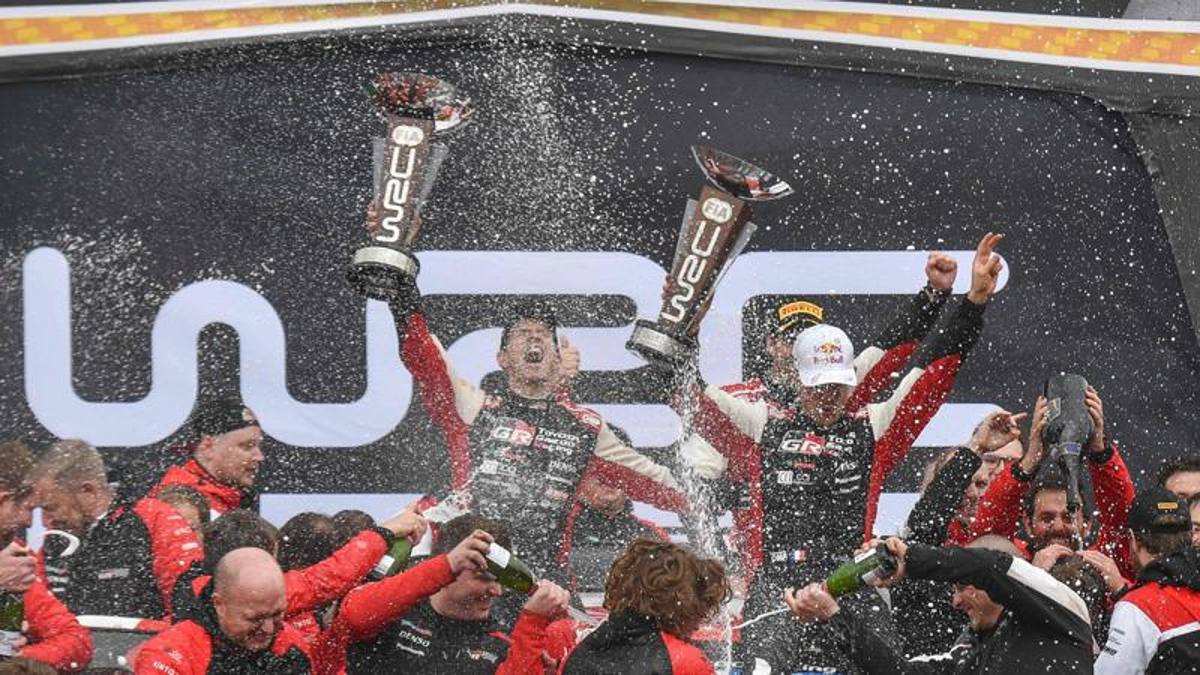 The Frenchman born in 1983 climbs on the highest step of the podium at the Forum8 Aci Rally in Monza, trailing his teammate Evans by 7 “3, both on the Yaris Wrc, and conquers the eighth laurel, the second in a row celebrated in Brianza. Toyota Gazoo Racing toasts. Tenth Crugnola

Eighth World Rally Wrc title, the second consecutive conquered in Monza with Toyota colors. Sébastien Ogier toasts the success achieved with his Yaris of the official Gazoo Racing team at the end of the 16 special stages included in the Forum8 Aci Rally in Monza. A result that mathematics certifies only in the final stages of the weekend, when the Brianza sports facility, on Sunday 21 November, welcomed the last three stages.

The 1983-born driver climbs to the highest step of the podium in Monza, finishing in 2h39’08 “6, and trailing his teammate Elfyn Evans by 7″ ‘3, who had also remained in the wake of the entire race program, also managing to overcome the French. Third at 21 ” 3 was the Spaniard Dani Sordo at the wheel of the Hyundai i20 Coupé, ahead of Thierry Neuville (+32 ”) and the Swedish Oliver Solberg (+ 1’32 ” 0), both in Hyundai. For the Belgian, a weekend in crescendo, considering the victory in the last three stages, raced on Sunday. Ogier, who has won five special stages (like Neuville), uncorks the sparkling wine in the Temple of Speed ​​not without having run a few thrills. In particular in the PS14 “Grand Prix 2” on Sunday morning, when the transalpine ace touched a jersey on a fast stretch drawn on the old Sopraelevata: luckily for him, the Toyota Yaris only reported some dents and minor damage to the rim and to the right front tire . Serious damage at that moment could have rewritten the epilogue of the World Cup.

A “page” full of successes closes for the multi-champion: in 2022, in fact, Ogier will continue to compete in the WRC with Toyota colors, but will not take part in all the world championships, while the navigator Julien Ingrassia has announced his retirement from racing. The 2021 season of the WRC World Championship ends for the second consecutive year with the appointment in Monza, which took the place of the postponed event in Japan. As in 2020, the French Ogier toast; according to Evans; third Neuville; among the manufacturers first Toyota Gazoo Racing, second Hyundai Shell Mobis, third M-Sport Ford.

A Monza Rally that sees Andrea Crugnola and the navigator Pietro Ometto finish in the absolute top-10 and first in the Wrc3 class standings, aboard the Hyundai i20 N Rally 2. For the 32-year-old Lombard driver, Aci Team Italia standard bearer, a result of prestige in the final event of the world circus: Crugnola at the end of the 16 special stages, held between the mountains of Bergamo and the asphalt of the Temple of Speed, places his Hyundai number 35 in tenth position (+ 9’6 ” 9 from leader Ogier), immediately behind the official Toyota Yaris of Finnish Kalle Rovanpera, ninth overall at 4’49 ” 6 of the lead. For the driver from Varese the satisfaction of getting on the podium of the Brianza sports facility receiving the cup reserved for the Wrc3 class reserved for private teams.

See also  The DNA analysis of a woman who lived 7,000 years ago leaves scientists stunned