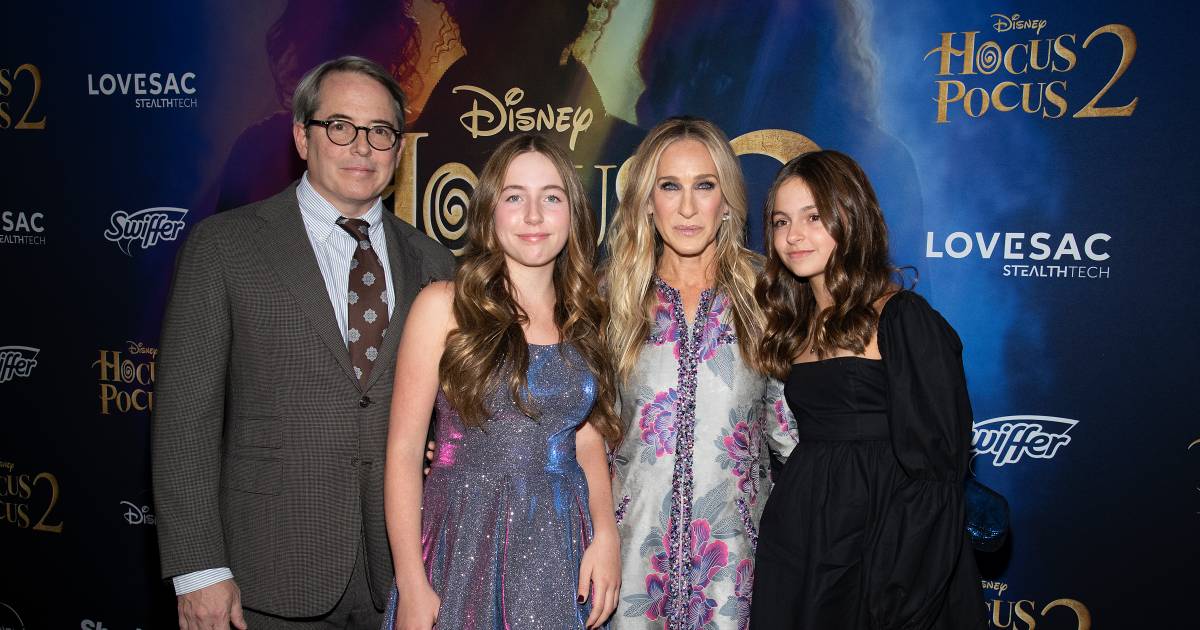 Film‘Sex and the City’ legend Sarah Jessica Parker (57) appeared on Tuesday at the premiere of ‘Hocus Pocus 2’ alongside her 13-year-old twins: Marion and Tabitha. That is very exceptional, because the girls are rarely seen. They live their lives completely out of the spotlight.

Parker’s two daughters were on hand with their father Matthew Broderick (60) to cheer on their mother at her premiere of her new movie ‘Hocus Pocus 2’. They posed with her on the purple carpet as she wrapped an arm around them.

In addition to the 13-year-old twins, Matthew and Sarah also have a 19-year-old son James. Although he also regularly stays out of the spotlight, Parker did share an Instagram message for James’ birthday last year. She captioned it with a poem: “He doesn’t wake up with us. He leads his own life. Away. In his studies. Among new friends. He sends details home. There is so much to tell.”

The actress was one of the original stars in the 1993 Disney film ‘Hocus Pocus’, which is considered a classic by many fans. 28 years after the original film, Disney+ now has a sequel. For the sequel, Jessica’s colleagues Bette Midler (Winifred) and Kathy Najimy (Mary) are also back.

Check out some photos from the premiere below:

The trailer for ‘Hocus Pocus 2’:

Sequel ‘Hocus Pocus’ next year on Disney+: Bette Midler and Sarah Jessica Parker back in the party