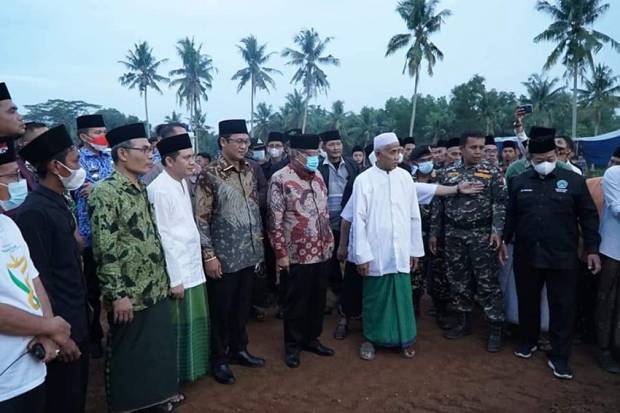 JAKARTA – Don’t want to speculate about the timing Muktamar, General Chairman of PBNU KH Said Aqil Siroj chose to directly review the readiness of the location and the host at the Darussa’adah Islamic Boarding School complex, Gunung Sugih, Lampung Tengah.

Kiai Said Aqil, who is said to be going again at the 34th Congress, was seen attending with his entourage at around 17.00 WIB, Monday (29/11/2021). In his statement, he did not deny that the implementation time was still ambiguous, aka no definitive decision had been made.

It was rumored that it would be held on December 17, and there was also pressure to postpone it until January 2022. “In essence, we are ready to hold a congress. Regarding the date and day we have not yet determined. So, let’s check it’s readiness first. What is clear is that we are ready to hold this NU event,” said Kiai Said.

According to him, this week his party will hold a first meeting with the PBNU management. When asked about the news in the media which stated that the congress would be held on December 17, 2021, according to the direction of Rais Aam PBNU KH Miftahul Akhyar, he explained that such a desire was legitimate.

His name also gives opinions and opinions. However, it is clear that this week his party will consult first to determine the exact date. Also read: PWNU Bali Steady Supports KH Said Aqil Siroj Back to Lead NU

Deputy Chairman of the Committee for the 34th NU Congress, KH Ahmad Ishomuddin, when asked about his readiness, said that his party was waiting for instructions and an official letter from PBNU. “If the progress of our preparations continues according to the agenda,” he said.

Regarding the progress of the construction of the main hall where the congress was opened, Gus Ishom explained that his party will do everything in their power to accelerate the construction. “Starting today, the workers will work overtime in total to catch up with the completion time,” he said.