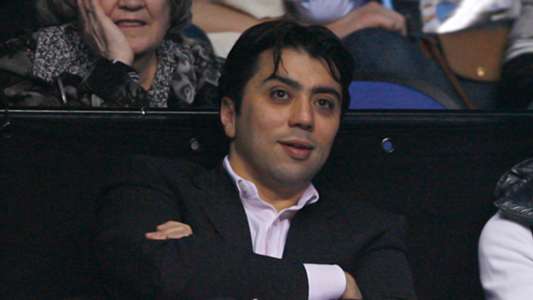 The concern of Real Madrid’s management and fans appears to be dependent on the skill and ability of Iranian business agent Kia Joorabchian to complete the deal.

Iranian business agent Kia Joorabchian is one of the most important players’ agents today; His name is not new to the scene, as he was the architect of Coutinho’s transfer to Barcelona and Riyad Mahrez to Manchester City.

The young Frenchman, Kylian Mbappe, does not have a business agent, but his family, specifically his father, represents him with regard to transfers and any negotiations.

According to the Spanish newspaper, Marca, Real Madrid has assigned Kia to facilitate and speed up the completion of the deal, especially in light of the tense relationship between Real Madrid and Paris Saint-Germain in the past few days.

The importance of the role of the Iranian agent is to find a formula for understanding between the two clubs, especially before six in the evening tomorrow, Monday, which is the date set by the Real Madrid administration to reach an agreement with Paris, according to the “El Chiringuito” program.

What is the current status of the Mbappe transfer deal?

The situation is not very promising for Real Madrid; Last Thursday, the Real Madrid administration was granted approval to sit with its counterpart in Paris to settle the deal, but the session did not take place.

Despite the concern in the management of Real Madrid, but Kia thinks otherwise and seems very optimistic to conclude the deal before the summer transfer window closes.

The French newspaper, Le Parisien, said that Sunday noon will be the exact date and moment of truth for the deal, with Paris agreeing to transfer the player to Real Madrid.

Mbappe’s name appears in the list of the Paris Saint-Germain team in today’s match against Reims in the French League, and the player is also training naturally with his team.

There is a season left in Kilian’s contract with his team Paris Saint-Germain, and if he does not leave this summer or renew his contract, he will be able to sign for any club starting from January 2022.

Real Madrid threatens Paris to withdraw from the Mbappe deal

Like Mbappe, Pogba asks to escape to Real Madrid