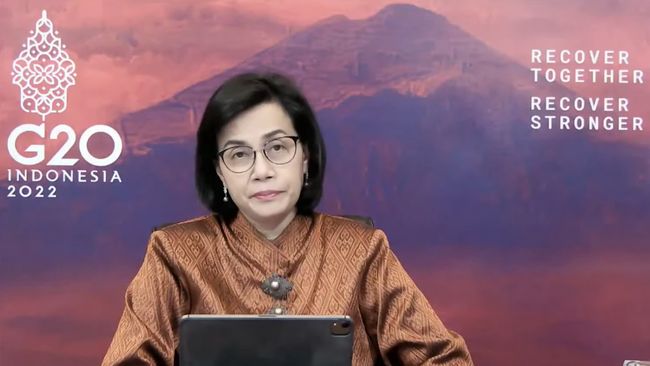 Jakarta, CNBC Indonesia – The Ministry of Finance predicts that the 2022 state budget deficit (APBN) could reach 3.92% of gross domestic product (GDP). This figure is at least much lower than the initial assumption of 4.85% of GDP.

Thus, the amount of cash debt withdrawn by the government will also be smaller, at Rp 1,195 trillion. Indonesia survived the additional new debt of Rp 221 trillion.

“This is one thing that illustrates that Indonesia has a hard-working state budget, but in the third year, COVID-19 is starting to recover,” said Finance Minister Sri Mulyani Indrawati at a press conference on our State Budget, quoted on Saturday (13/8/2022).

According to Sri Mulyani, last year’s financing reached Rp 487.4 trillion. Meanwhile, this year, the government has only issued debt of Rp 223.9 trillion, or a 54% decrease, especially for Net SBN.

“While the loan decreased by Rp. 169.7, the state budget is increasingly trying to recover,” he explained.

The ministry he leads will still issue debt securities until the end of the year, including those denominated in foreign currency (forex). Issuance will be adjusted to shopping needs and market conditions.

“Global conditions are still challenging shrouded in uncertainty, we remain opportunistic, flexible yet prudent. We in pipe line global bond 2 times but later for execution or implementation it will always be flexible in terms of timing, size and currency,” said the Director General of Financing and Risk Management (DJPPR) of the Ministry of Finance Luky Alfirman on the same occasion.

The government is still optimizing assistance from Bank Indonesia (BI) through SKB III, where until now only Rp 21.8 trillion has been realized. The government will also increase retail participation in the ownership of state securities.