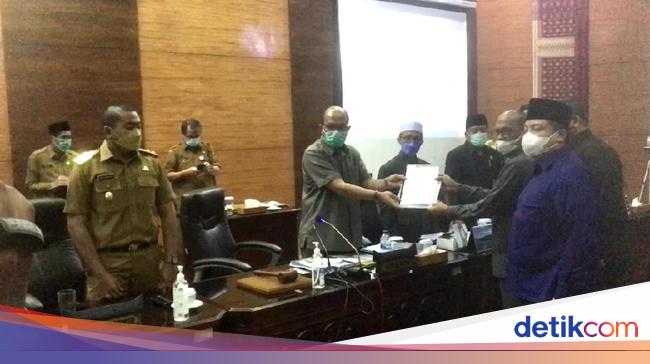 “First, of course, for the good, orderly, clean, and free implementation of the West Sumatra Provincial government in accordance with the laws and regulations,” said the spokesperson for the proposer, Irwan Afriadi, to reporters, Tuesday (14/9/2021).

The second reason is that the proposers want to maintain and provide strong political and moral support to regional heads. According to him, it also reminds parties who are suspected of trying to undermine and influence regional heads in issuing policies that are not in accordance with the rules and regulations which in turn have the potential to benefit certain parties or groups.

The third reason is for the emergence of legal and political certainty over the governor’s alleged policies which are considered disturbing and have the potential to injure public trust. Fourth, said Irwan, the right of inquiry is intended to create and maintain comfortable and orderly work without intervention from any party in carrying out the duties of the State Civil Apparatus (ASN) within the West Sumatra Provincial Government.

“For the DPRD, after hearing various aspirations, opinions and comments from various components of the local and national community, the DPRD must act with the aim of maintaining self-respect and dignity and public trust and not creating a crisis of public confidence that extends to regional heads,” said the politician. The NasDem.

“Because, if the DPRD is silent, there is a great potential that this case will become a dark historical record for West Sumatra in the regional government of this period. And the record is not good for the next generation,” he added.