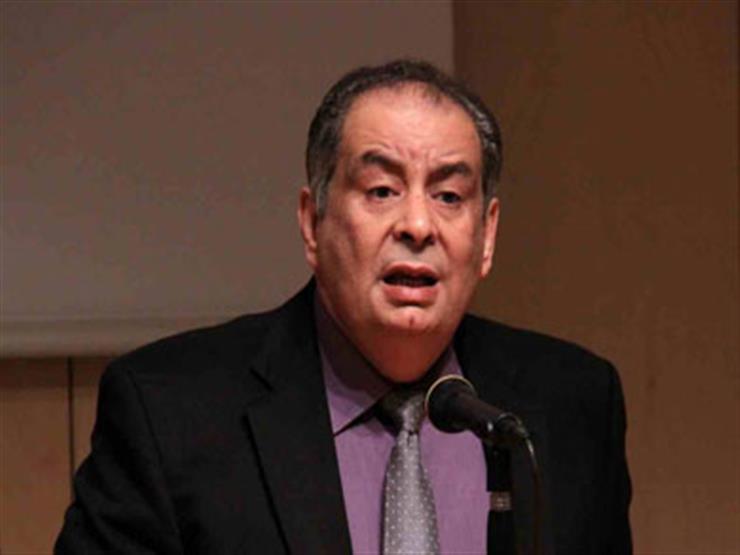 In recent hours, the crisis of referring three writers belonging to the General Syndicate of the Egyptian Writers Union to investigation on charges of normalization has escalated. They are Dr. Youssef Zaidan, writer Alaa Al-Aswany and writer Mona Prince.

In the September 2022 meeting, the Syndicate’s Board of Directors agreed to refer Dr. Alaa Al-Aswany to the Disciplinary Committee of the Writers Union, after it was proven by evidence that he had conducted a radio interview with the Israeli Army Radio, in English; He talked about his new novel.

This comes while the writer and thinker, Dr. Youssef Zaidan, announced his resignation from the Egyptian Writers Union, and said in a statement on his personal account via “Facebook”: In response to the absurd absurdities and unbridled statements that filled the media and communication, I announce through this page my resignation from the union called “The Union The Book of Egypt” After nearly forty years during which I was committed to paying the contributions prescribed for the members, and to pay two percent of my financial income, with my consent and indulgence, to support the budget of this entity… In return, without seeking or obtaining from that syndicate (the federation) any benefit of any kind, during the term of my membership.

And Zaidan added: As the great poet said: If you leave a people and they are destined, do not leave them, for they are the departed.

See also  Despite the many achievements, these are the 3 biggest failures of Lionel Messi in his career, here are the full details

Dr. Alaa Abdel-Hadi, President of the General Syndicate of the Egyptian Writers Union, confirmed that the referral of each of the writer Youssef Zaidan, the writer Alaa Al-Aswany, and the writer Mona Prince, to the Disciplinary Committee of the Federation in preparation for their removal, on charges of normalization, is an order that comes in implementation of the decisions of the General Assembly since 1995 until now.

Abdel-Hadi added: The General Assembly confirmed in all its meetings that it is against the Zionist entity’s penetration of Arab culture in general and Egyptian culture in particular, pointing to the existence of an office to combat cultural and media normalization, and it is responsible for implementing the decisions of the General Assembly, and accordingly the writer Ali Salem was written off in 2001.

And Abdel-Hadi continued: All that was done was to summon the three members of the investigation committees to make sure that what they did was an attitude or a slip of the tongue. Because everything from this entails a position, but when we set a principle, I do not care whether this is Fatima, the daughter of Muhammad, who stole, or a man of oppression, and those who were thanked before that are greater names than those that are now crossed out, and any name, whatever it may be, can be crossed out if it is proven that it is normal with The Israeli entity, and this is at the level of content, but at the level of form, the union implements the decisions of the General Assembly and has no choice in implementing them or not, just as the constant in the Arab cultural conscience stands against this occupying, unjust, usurping entity, and therefore it is not possible to deal with the Zionist entity in light of the conditions Crisis in which injustice, daily assault and daily racism against the Palestinian people and the Arab people.

Abd al-Hadi stressed that the union has not received any official resignation from any of those referred to the investigation, stressing that the unions are not managed from social media, but are managed through an official letter with a number and date, and it is responded to by an official letter with a number and date. As for propaganda, it has its people and the proud union Al-Kabeera distances herself from entering into any polemics on social media pages, and whoever wants to submit his resignation should submit it to the president of the federation in writing, and he will respond to him officially through a respected board of directors and through regulations, traditions, customs, and the law, and the union in its behavior does not discriminate between one member and another.

Abdel-Hadi added: Youssef Zaidan was summoned about two years ago and came at a wrong time, and summoning him is a way due to the presence of a deputy head of a state council, so he visited me and it was not an official investigation in the presence of the deputy head of state, and I do not know the position of Zaidan whether he will be written off or not, nor I can or suggest it because it is the decision of the Disciplinary Committee and it has not yet convened.

The Egyptian Writers Union was founded by the writer Youssef El-Sibai, in the mid-1970s, and it is considered the most prominent non-governmental cultural institution in the country, and among its most prominent historical presidents are Tawfiq al-Hakim, Youssef al-Sibai, and Muhammad Salmawi.