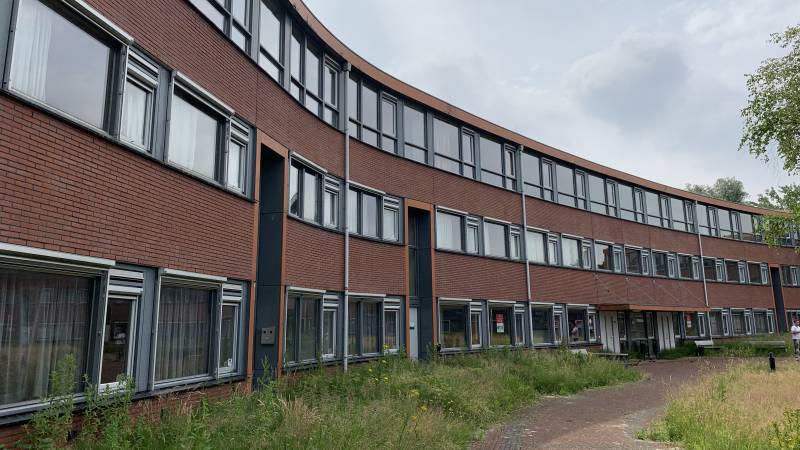 COA’s housing plans are not new in the Netherlands, similar initiatives were already launched in 2015. In Katwijk asylum seekers were housed together with the elderly in a care home. In Leiden asylum seekers, first-time buyers on the housing market and people from social shelters moved in together at one location. And in Amsterdam containers were stacked on top of each other to accommodate young status holders, students and young people from that city. At all locations it was the intention that the residents would help each other.

Niene Oepkes, former policy officer of the municipality of Utrecht, came up with such a mixed residential community: ‘Plan Einstein’ in the Overvecht district. This arose after fierce protests against an asylum seekers’ center in that district. “In Overvecht they were afraid of the arrival of the asylum seekers. They threatened to mess things up,” says Oepkes. “I thought at the time: we should move the neighborhood into the center. If their children can live here too, they won’t.”

In an empty office, a community created by young people from the neighbourhood, students, young status holders and asylum seekers in a separate building. English-taught courses were offered, for example on how to start a business. These were available to the residents of Einstein, but also to the people in the neighborhood. Because the municipality promised the district that the center would only stay for two years, the project has now come to an end.

Oepkes is not enthusiastic about the way COA now wants to tackle housing. “A kind of secluded camps threaten to arise, as happened with Moluccans at the time,” she warns. According to Oepkes, it is important to make much more connections between the local inhabitants and the residents of the COA complexes.

The Netherlands Council for Refugees is also looking critically at the COA plans to jointly accommodate status holders and other vulnerable persons at locations. The refugee organization fears that this plan will form an obstacle to integration.

“It is very important for the integration of status holders to come into contact with as many Dutch people as possible at the beginning of their lives in the Netherlands in order to become part of society,” says Martijn van der Linden of Vluchtelingenwerk. “That way they can master the Dutch language faster.”

According to Van der Linden, it is difficult to integrate in locations where they mainly or even only come into contact with vulnerable people: the other residents already have their hands full with their own private situation, for example because they are divorced. Moreover, the locations are often remote.

The Council for Refugees sees more in intermediate facilities and flexible housing in the inhabited world, such as empty school buildings or retirement homes. That should only offer a temporary solution. According to the Council for Refugees, the priority must be that refugees find a regular home as soon as possible, where they can really start building a new life and process their traumas.