As in many other hospitals, the number of patients being treated for COVID-19 at the Bradford Royal Infirmary in the UK has risen sharply in recent times. About half of these patients had previously opted out of the vaccination program, which they now deeply regret.

“I was offered a vaccine, but I was being arrogant,” said Faisal Bashir, 54.

“I go to the gym, bike, walk and run. Since I’m strong and healthy, I don’t think I need a vaccine. If it turns out to be an unsafe option, I’m not going to take any risks.”

“But the fact is, I can’t avoid the virus. The virus is still attacking me. I don’t know how or where,” Bashir said.

Bashir, who was discharged last Wednesday after being put on oxygen for a week in hospital, said he was influenced by conversations on social media and news of the very low risk of blood clots caused by the AstraZeneca vaccine.

But now Bashir wanted to warn others not to repeat his mistake.

“What I experienced at the hospital, namely the care and expertise of the medical personnel, made my heart melt,” he said.

“People are filling hospitals for taking the risk of not being vaccinated and that’s wrong.”

“I feel bad. I feel very sorry and hope that by speaking up, I can help others avoid this mistake,” Bashir said.

Bradford Royal Infirmary Hospital is facing a fourth wave of COVID-19, half of their patients have not been vaccinated. (Getty Images)

“About half of the patients in the ward today have not been vaccinated. I stopped asking them why because they were obviously embarrassed,” said doctor Abid Aziz, after visiting and examining patients during a grueling six hours of work.

Last June, the number of COVID-19 patients in UK hospitals fell to single digits for the first time since last summer.

This week the number is approaching 50 people as the Delta variant spreads.

This reflects the increase in cases in the UK community, which rose by a third in just the last week, to nearly 400 positive cases per 100,000 people.

As has long been the case, it is youth who are driving this rise. Positive cases among adolescents reached 750 per 100,000 people. The same situation occurs among those in their 20s.

Although some of them ended up being hospitalized, the current patients were, on average, younger than the previous wave of people in their 30s and 40s.

“Some patients have received two doses of the vaccine and have milder disease. They survive on Cpap (non-invasive ventilation with oxygen). Without the vaccine they may die,” said doctor Abid Aziz.

“The other patient had just received the first dose of the vaccine so was not fully protected against the coronavirus.”

“What’s worrying is that about half of the patients in the wards today have not been vaccinated. I stopped asking why, because they were obviously embarrassed.” 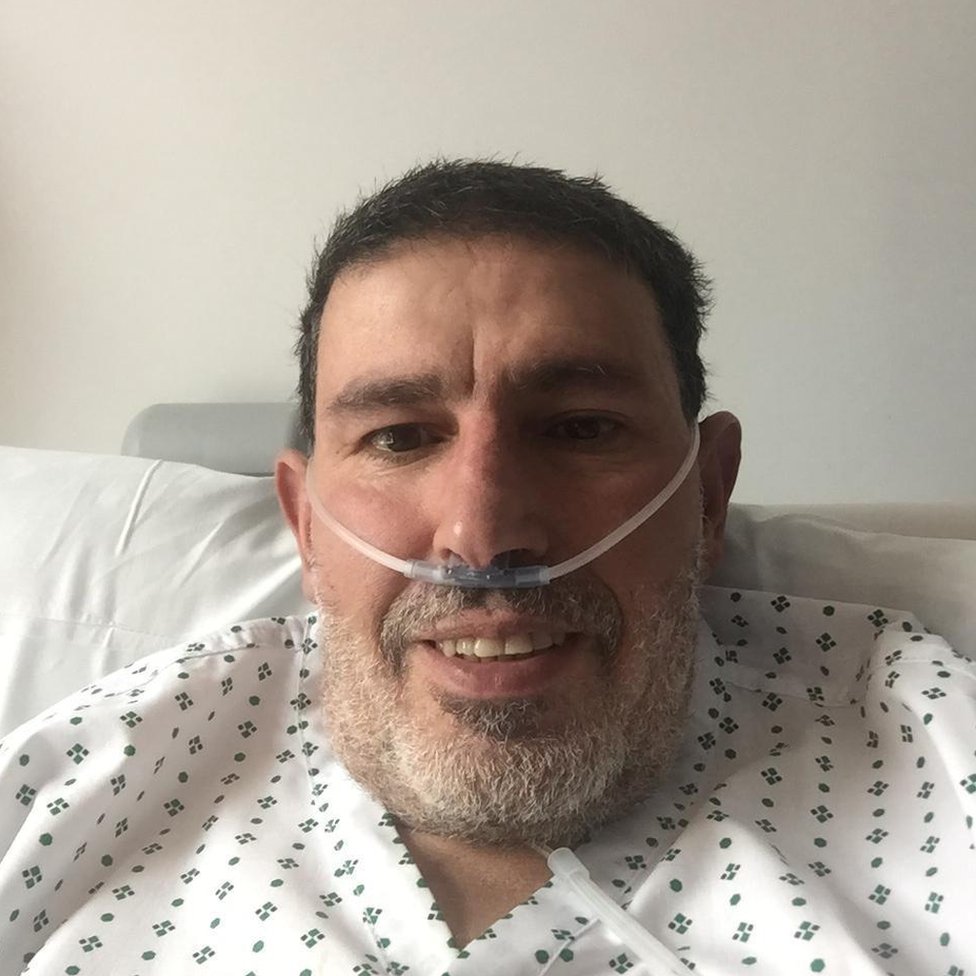 Abderrahmane Fadil, a 60-year-old science teacher who has two small children, also regrets his decision not to participate in the vaccination.

He thought twice about getting vaccinated because he thought the vaccine would be found quickly. About three-quarters of the adult population in Bradford have received the first dose of the vaccine, while the national percentage in the UK stands at 87%.

Fadil ended up in intensive care for nine days. It was the first time he had spent the night in hospital since moving from Morocco in 1985.

“My wife was vaccinated. I didn’t. I refused. I gave myself time, I thought that in my life I lived with viruses, bacteria and I think my immune system is quite good.”

“And I had symptoms of COVID-19 at the start of the pandemic and thought maybe I had it. I thought my immune system would recognize the virus and I would have defenses.”

“This is the biggest mistake of my life. The decision almost cost me my life. I have made many silly decisions in my life, but this is the most dangerous and serious one,” he said.

Fadil left the hospital almost a month ago, but now his condition is still not well.

“I wish I could go to every person who refuses to get a vaccine and tell them, ‘Look, it’s a matter of life or death. Do you want to live or die? If you want to live, go and get the vaccine.'”

Professor John Wright, a physician and epidemiologist, is head of the Bradford Institute of Health Research. He has been involved in handling the cholera, HIV and Ebola epidemics in sub-Saharan Africa.

He wrote this diary for BBC News.