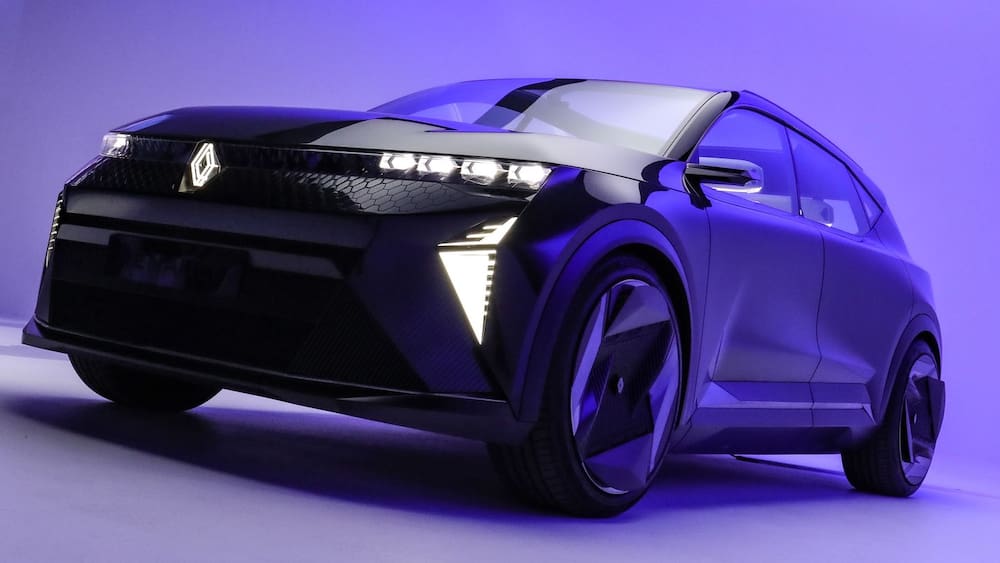 Older Renault fans associate the Scenic name with success. Der Scenic was the one who founded the segment of successful and versatile compact vans in Europe in the mid-1990s and quickly became a pioneer in its class. A good 30 years after the first, successful Scenic concept (world premiere in 1991 at the IAA Frankfurt), the French have now once again conjured up a study out of a hat with the Scenic Vision, the name of which alone is a commitment to innovation and success.

It starts with the revolutionary drive train, which for the first time offers hydrogen with a 15 kW fuel cell as well as a 40 kWh battery and electric motor. With this combination, you can fill up with hydrogen if you want to go fast and far – and then charge the battery overnight. Renault is presenting such an electric car that can be refueled almost as quickly as a normal combustion engine if required.

5 minute charging stop for a range of 800 km

So if you start in the Scenic Vision with a full battery, you should be able to cover a range of more than 300 kilometers. If you then use hydrogen as the drive source, you only have to stop for around five minutes to refuel over a distance of around 800 kilometers, despite the battery only having a capacity of 40 kWh. Renault is thus responding to the criticism of many electric doubters who are bothered by the long charging stops at the e-charging stations on long journeys.

In everyday life and for shorter distances, the Scenic Vision should be moved solely with energy from the batteries. As soon as you enter a long distance into the navigation system, the route planner calculates the use of the two power sources in such a way that you don’t have to charge the battery while driving, but only have to make a five-minute hydrogen refueling stop. Clever: The hydrogen range extender preheats the batteries at low temperatures in order to increase their efficiency.

The Renault Scenic Vision is based on a prototype platform that is currently being developed and is tailored precisely to this dual drive concept. The 2.5 kg hydrogen tank is located under the front hood, the 218 hp (160 kW) electric motor comes from the Megané E-Tech Electric and is placed on the driven rear axle. The fuel cell itself is installed behind the battery.

Series start in 2024, but without hydrogen

However, it will still be a while before the architecture goes into series production. Also because the combination of battery-electric and hydrogen fuel cell drives is still very expensive. The optics are different. The compact crossover’s exterior design anticipates an electric car that will be launched in 2024 and will be based on the CMF-EV platform. After all, the French carmaker wants to sell only purely electric cars in Europe by 2030.

And because Renault wants to be CO₂-neutral in Europe by 2040 and worldwide by 2050, the Scenic Vision consists of 95 percent recyclable materials, including the battery. The batteries of the concept vehicle are 60 percent decarbonized, which affects both the substances and the energy used in production. By 2030, the Renault Group is aiming for 33 percent recycled content by weight in all of its new vehicles. This is also reflected in the fabrics of the futuristically designed interior of the Scenic Vision.

If the Scenic was a successful reason for the compact van segment three decades ago, it could now once again achieve fame and glory – as a pioneer of the new drive combination of hydrogen and battery electrics.