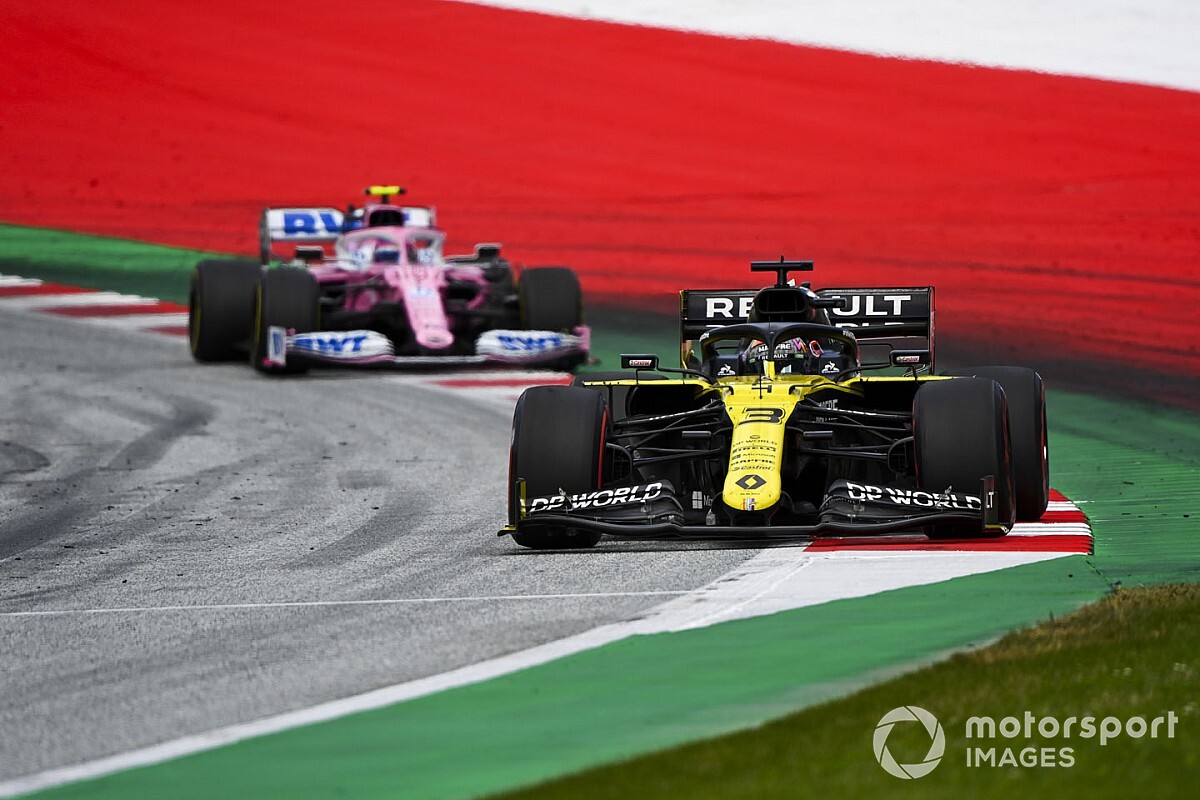 While it is still expected that the FIA ​​International Court of Appeal will rule on the case of Racing Point, the team Renault wants to withdraw from this process. Racing Point raises the debate since the start of the season having clearly drawn inspiration from the reigning Mercedes W10 World Champion in the design of its RP20 and was found guilty by the commissioners of the use of a design made by the brand to the star with regard to the rear brake scoops – parts which, from this year, must be designed by each team.

Racing Point was thus fined € 400,000 and a withdrawal of 15 points from the constructors’ championship, but appealed against this sanction that the team considers too severe, while many of its rivals found it too lax, however. Four of them declared their intention to appeal; McLaren and Williams quickly retracted, but Ferrari and Renault did decide to take the case to the Court of Appeal. The diamond stable, whose director Cyril Abiteboul hoped for a “perfectly clear ending”, has finally asked the FIA ​​to withdraw its appeal.

“Renault DP World F1 Team confirms that it has requested the withdrawal of the appeals against the decisions of the marshals concerning the brake scoops of BWT Racing Point F1 Team”, indicates the press release from the French manufacturer.

“Beyond the decisions, the matters in question were vital for the integrity of Formula 1, both for the current season and the future. Intensive and constructive work carried out between the FIA, Renault DP World F1 Team and all players in Formula 1 has however led to concrete progress in safeguarding originality within sport through amendments to the Sporting and Technical Regulations planned for the 2021 season strengthening the criteria to be qualified as a constructor. “

“Achieving this strategic objective in the context of the new Concorde Accord was our priority. The controversy at the start of the season is now behind us and we are focusing on the continuation of this intense and unique championship.”

The FIA ​​has indeed declared its intention to tighten the screws on the possibility of copying another car from 2021, while the Racing Point team say that will not change its business model.

See also  News - Andrei Bykov was hit by the Covid-19