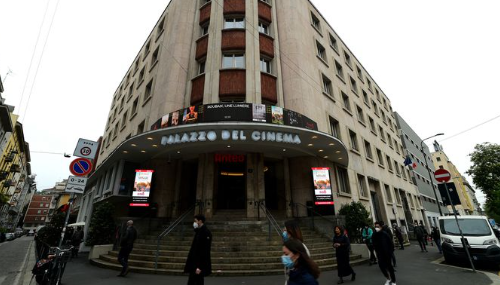 The Italian Technical and Scientific Committee (CTS) has announced an upcoming reopening of cinemas, theaters and concert halls in Italy, with a maximum capacity of 80% indoors.

This reopening will be gradual, said the CTS, indicating that only people with a health pass will be allowed to access these places of cultural entertainment.

Regarding access to museums, the CTS, requested by the government, affirmed that it does not foresee any limitations subject to respecting social distancing measures.

Regarding the sports sector, stadiums can fill up to 75% of their seats while the maximum capacity of sports halls has been set at 50%, underlines the same source.

The government announced, on April 26, a reopening of cinemas and theaters but without exceeding 50% of the maximum capacity of the hall. The maximum number of spectators was set at 500 people indoors and 1000 people outdoors.

On the basis of the positive evolution of the epidemiological situation, the committee notes that it is possible to consider a relaxation of the measures put in place, provided that the vaccination campaign is continued.

In Italy, more than 84 million doses of vaccines have been administered and a total of 42 million people have completed their vaccination protocol, or 69.9% of the population.