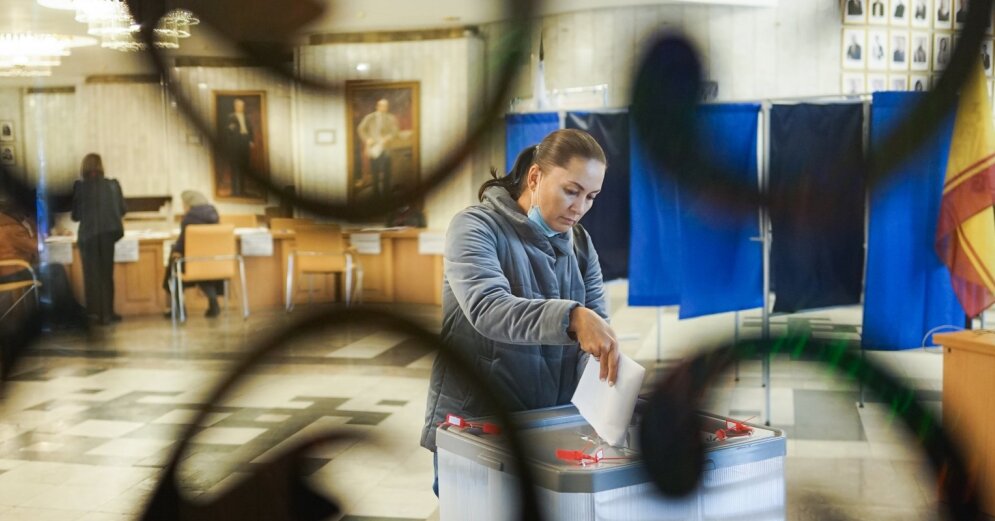 At a press conference in the Lithuanian Seimas on Friday, September 24, Russian opposition officials called on the European Union (EU) not to recognize last weekend’s State Duma elections, pointing out that there is enough evidence of unprecedented falsification of results.

“Many colleagues in Europe have said that such elections and the parliament elected in them cannot be recognized as legitimate,” said Vladimir Milov, one of the closest associates of imprisoned Russian opposition leader Alexei Navalny.

He recalled a resolution adopted by the European Parliament last week calling on the EU to be prepared not to recognize the Russian Parliament if elections were to violate democratic principles and international law.

“The former [Lietuvas] “Prime Minister Andrjus Kubilius and former European Commissioner Sandra Kalniete have issued a statement that the European Union should not recognize such elections, and I hope that it will be discussed in the European Parliament, the Parliamentary Assembly of the Council of Europe and other institutions,” said Milov.

“We have never had that before – virtually all independent candidates have been pushed aside, opposition leader Alexei Navalny is in prison and (..) was almost killed, the police are coming home to literally tens of thousands of people. (..) I think all the conditions are there. not to recognize these elections and not to recognize the council elected in them as a legitimate parliament, “he added.

Opposition spokesman Ivan Zhdanov has rhetorically asked whether it is possible to talk about elections at all if opposition candidates are not allowed to take part in them.

See also  Šimonytė addressed the people of Lithuania: as the threat grows, we must remain focused, vigilant and strong

“In fact, no candidate who does not support the presidential administration took part in the election,” he said.

According to Zhdanov, it is self-evident that the international community cannot legitimize fake voting results.

According to the organizer of the press conference, a member of the Seimas from the ruling party “Fatherland Union-Lithuanian Christian Democrats” faction Emanuelis Ziņģeris, the Lithuanian parliament will issue a statement assessing the Russian elections, but the Lithuanian Foreign Ministry has already expressed a clear opinion that these elections are not have been free.