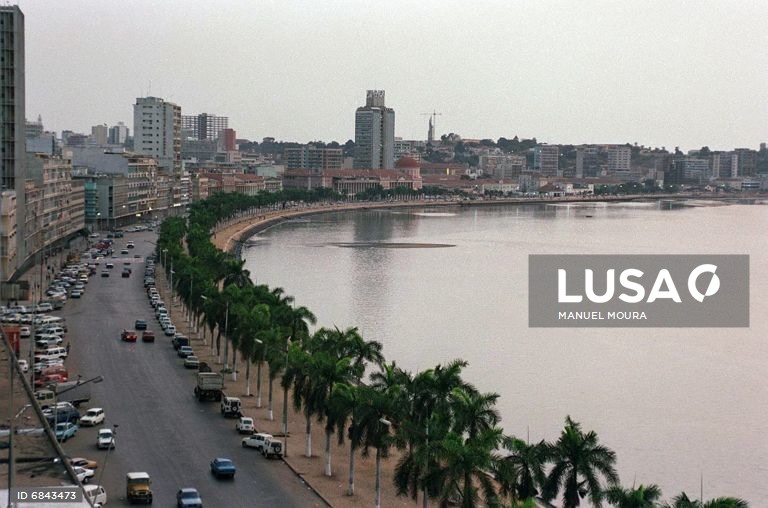 After identifying Angola as the second country where HIV circulated, in 1924, a team of Portuguese and Angolan researchers will ‘take a picture’ of the epidemic in this African country to learn more about the epidemiology of the virus.

In an interview with Lusa agency, Ana Abecassis, a doctor at the Institute of Hygiene and Tropical Medicine (IHMT) and leader of the team that identified Angola as the second country where the Human Immunodeficiency Virus (HIV) was detected, after the Democratic Republic of Congo (RDCongo), in 1906, underlined that this study will be an opportunity to continue this investigation.

The opportunity arose following the passage of Angolan student Cruz Sebastião at the IHMT, during a program with Gulbenkian, and a project that, in the meantime, obtained funding and will allow him to return to Angola to “gather new data”.

“Based on these new data, we can try to go back to this story and try to understand how the epidemic in Angola has changed and how eventually the results we had at the time can be updated”, he explained.

On their return to Angola, researchers will also look at the issue of antiretroviral resistance, which concerns the scientific community.

The study led by Ana Abecassis on the passage of HIV through Africa, before reaching the United States in 1981, and being isolated in 1983, intended to reconstruct the geotemporal dispersion of the viruses (phylogeography), in this case of HIV, trying to determine which the role that Angola played, since this country is located next to the Democratic Republic of Congo, where the first record of the virus comes from, namely Kinshasa, in 1906.

“In the first decade of the 20th century the virus was already in Angola and this would have been one of the first places where the virus was exported from Kinshasa. Angola would be involved in the epidemic from a very early age”, he stated.

The researchers tried to find out what fueled the spread of the pandemic, with several hypotheses for the potentiation of the virus, such as the increased mobility of populations and the growth of Kinshasa as a city.

The first samples, whose information was worked on by Ana Abecassis’ team, were isolated in 1952 from a corpse.

“With these evolutionary methods, which allow us to look back in time, we were able to reconstruct the beginning of the pandemic in 1906. The virus circulated there and we know that there were several exports of the virus from the Democratic Republic of Congo to other parts of the globe.” added.

And exemplified with subtype B, which was exported first to Haiti and then to the United States, where it found a population with high risk factors, such as men who have sex with other men, unprotected and often a niche to transmit and adapt better and transmit more effectively, expanding to Europe. To South Africa there was another export of subtype C, which later went to India.

With regard to World Aids Day, which marked Wednesday (01), and when the world is focused on another infectious agent – ​​the coronavirus that causes covid-19 – the researcher warns that HIV remains a concern .

“HIV is a concern, not least because the WHO set targets, which in 2030 would be the end of the HIV pandemic, but the targets that were established for 2020 were not achieved”, he said, adding: “If, on the one hand, in Europe we have a very positive outlook, there are other countries where this does not happen”.

“It is still a concern, because, once resistance arises in certain countries, if these strains are exported to other countries, we may no longer have effective antiretroviral therapy, although this scenario in HIV is less likely, not least because we have a very broad therapeutic arsenal that gives us some security, but the truth is that the goals were not achieved”, he referred, recalling that “there are countries with high levels of resistance”.

At a time when inequality in access to covid-19 vaccines has been pointed out as one of the reasons for the emergence of the new strain, as it allowed its spread, Ana Abecassis indicated that the entire history of HIV is made of inequalities.

“It’s a story of inequality in everything. The virus is identified in high-income countries, the United States and Europe, having circulated in Africa, unnoticed for years and years, because in Africa there was no way to identify the virus”. It was “a situation that is a bit similar to what is happening with SARS-CoV-2 right now, where effective drugs are developed to stop the disease’s infection that are used in high-income countries and Africa is left by the wayside “, he said.

HIV attacks and destroys the body’s immune system, killing the defense mechanisms that prevent disease. Following this immunodeficiency, several opportunistic infections arise that can be fatal.