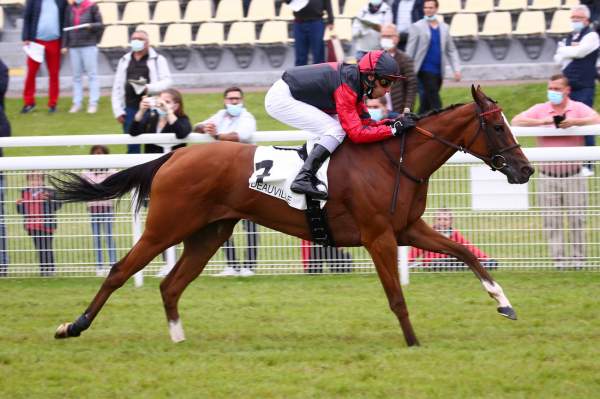 Already winner of a quinté, in May at ParisLongchamp, MAPLE BISQUIT got a second. The resident of Yann Barberot has indeed provided the winner of the Sun King Prize, event this Tuesday in Deauville. Easy success.

After having galloped among the last, in a race animated by HY DREAM, EXPENSIVE and KAMA CHOPE, MAPLE BISQUIT pronounced his effort from the stands. She then reviewed the peloton before flying over the debates in the final phase, leaving her daphin at a distance. FAVARITX, who had gained the advantage from distance, center, and HY DREAM, to be credited with a good defense. Long pointed among the last, SPARKLIA finished well, on the weighing side, to take 4th place ahead of SLEDGE HAMMER, another good finisher.