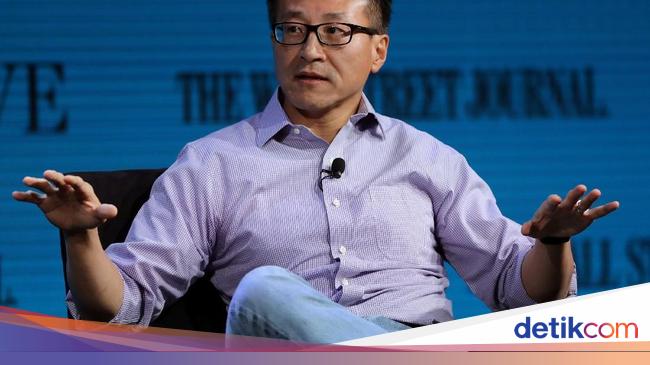 The apartment in the most prestigious condominium tower in Manhattan, New York, United States (US), was sold at a price of US $ 157 million or equivalent to Rp. 2.27 trillion (exchange rate of Rp. 14,500). There is a mysterious figure behind the apartment transaction.

Quotes CNBC, Tuesday (20/7/2021), the mysterious figure turned out to be one of the founders of Alibaba Joe Tsai. This was disclosed by a source familiar with the agreement.

Tsai, who also owns the NBA’s Brooklyn Nets, purchased two full-floor condominium apartments at 220 Central Park South in two deals worth US$157.5 million. The purchase of the apartment became the third most expensive residence ever sold in the US. The most expensive home ever sold in the US is in the same building, with Ken Griffin buying four floors for $238 million in 2019.

Tsai purchased a two-story apartment that has views of Central Park and downtown Manhattan. The deal also includes a studio apartment on the 18th floor, which is likely to be reserved for its staff.

Thanks to a series of fantastic transactions, apartment prices at 220 Central Park South continue to soar even during the pandemic. Recorded more than 90% sold out. The units purchased by Tsai both sold for more than their original selling price. Floor 61 sold for US$ 51.4 million last year, while floor 60 sold for US$ 50.9 million.

On the one hand, the purchase of the apartment comes at a difficult time for Tsai and Alibaba. Alibaba shares have fallen by about a third since October, and Chinese authorities have cracked down on the tech giants to curb the power and reach of their data. Tsai’s partner as Alibaba founder, Jack Ma, has also stepped back from public appearances after he criticized Chinese and Beijing regulators.

Tsai remains the executive vice chairman and second-largest shareholder of Alibaba with a total wealth of around $10 billion. Tsai was born in Taiwan, attended school in New Jersey, lived and worked in New York in the mid-1990s. At that time he worked as a lawyer and private equity executive.

After making his fortune from Alibaba in China, he lives in two cities, San Diego and Hong Kong. He also holds Canadian and Hong Kong passports.

Tsai bought a minority stake in the Brooklyn Nets in 2017 and bought the rest of the team in 2019 along with the operating rights to Barclay’s Center for a total of more than $3 billion. Tsai also sits on the Chinese NBA board and owns the WNBA’s New York Liberty.