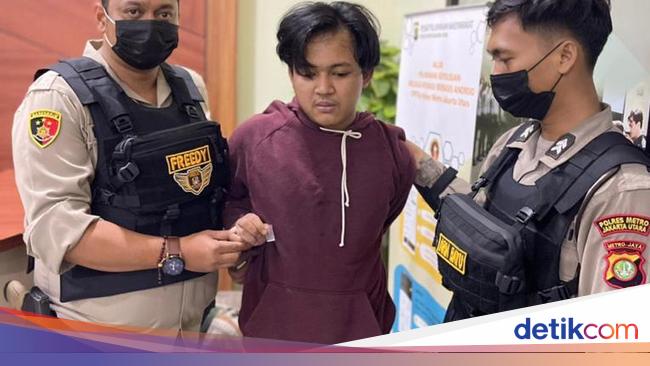 Police arrested two men named Ali Akbar (22) and Ray Pangestu (23) after hitting a team member Polda Metro Jaya Precision Pioneer Patrol in the Kampung Bahari area, North Jakarta. During a search, the police confiscated methamphetamine from one of the perpetrators.

“During the examination, a clip containing methamphetamine was found, which was found in his jacket pocket sweater It is red and it is recognized that the narcotics perpetrator belongs to him,” said Head of Public Relations of the Polda Metro Jaya Kombes E Zulpan to reporters, Saturday (22/1/2022).

Zulpan has not yet detailed the amount of methamphetamine confiscated from the two perpetrators. He said the perpetrators were still being investigated at the North Jakarta Metro Police.

“We are still investigating whether they are couriers or what. They have been secured to the police,” said Zulpan.

The incident happened this morning. The suspect was thought to have panicked and tried to escape to avoid the officers on patrol.

See also  Robbed then Tortured 3 drunk men, woman and a mother in Garut managed to escape to the police station

“It is suspected that the driver panicked escape, Then he continued to hit a series of patrols by the Polda Metro Jaya team,” he said.

Zulpan said there were no casualties from the incident. The patrol member who was hit was not injured.

“There are no victims from the police crash panic, get out of the alley only crash a member’s motorbike Metro Police Pioneer Patrol, said Zulpan.