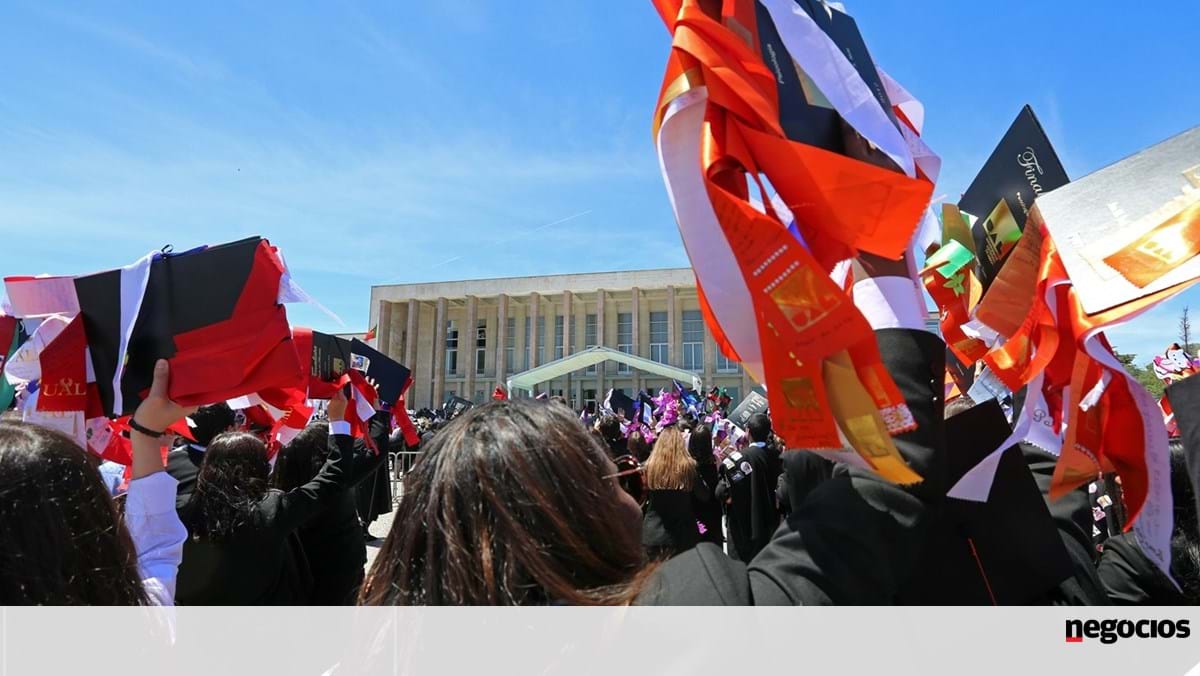 The socioeconomic context is the factor that most promotes inequalities in access, success and student retention/dropout in higher education in Portugal, with the massification of the system not having guaranteed equity in the entry into the main courses, concludes the most recent study by “think tank” Edulog from the Belmiro de Azevedo Foundation.

“Inequalities are also identified when entering the labor market, with students from disadvantaged backgrounds facing a greater risk of unemployment, suggesting that higher education may not always fulfill its role as a promoter of social mobility”, signals the study “Students national and international access to higher education”, which is presented this Monday, November 29th.

Students who decide to apply for higher education are influenced in their choices by the socioeconomic context from which they come, says Edulog.

“On the one hand, the grades obtained in secondary education and in national exams are strongly correlated with the family’s socioeconomic background and students with better application grades can apply for the more selective courses that, as a general rule, are offered by universities. On the other hand, students from disadvantaged backgrounds will have more difficulty bearing the costs associated with attending a private institution, or bearing the costs of mobility and the standard of living in some cities”, explains the think tank of the institution that has named after the founder of Sonae and is headed by his heirs.

Regarding the decision of a student to remain in or drop out of higher education, it appears that “the less favored the student’s socioeconomic background, the higher the dropout rate”.

According to the same study, the contributions of families have a weight in their budget above the average of the European Union, “which is aggravated by the less good socioeconomic conditions of Portuguese families, especially in the interior regions of the country”, he emphasizes.

“With the perception that this is an investment with uncertain returns in the long term, many individuals are forced to enter the labor market earlier to increase the family income”, he emphasizes.

On average, students who complete their academic training at public universities “tend to be less prone to unemployment than those at public polytechnics”, a differentiation that occurs “due to the fact that polytechnic institutes receive students from more diverse socio-economic backgrounds, a greater propensity to unemployment being a reflection of the inequalities that already exist at the time of access, and not a failure of polytechnic education in fulfilling its mission”, defends Edulog.

Other factors are identified in this study, namely “a lower propensity for unemployment in courses with more vacancies or with a higher proportion of students coming from the admission exam for those aged over 23”.

For Alberto Amaral, member of the advisory board of Edulog, “this investigation should serve as a starting point for a broader reflection on the role that higher education has (and should have) in reducing inequalities”.

“We are currently living in a phase of economic recovery, which I believe may be a window of opportunity for us to reform our education system, in order to make our population more qualified and, consequently, our economy more competitive”, he says.

For that, “it is necessary to promote the concertation between the political decision maker and the higher education institutions, aiming at an equitable access to universities and polytechnics and the creation of mechanisms that reduce the dropout rates”, defends Alberto Amaral, former dean of the University of Porto and who left the leadership of the Agency for Assessment and Accreditation of Higher Education, the sector’s regulator, of which he was mentor and president – for 12 years – since its foundation a year ago.

To combat current inequalities, Edulog presents a set of recommendations at the level of public policies, such as “changing the conditions for awarding social action grants, including their value, in order to increase the number of eligible students; intensifying the complementary work between higher education institutions and the labor market, to achieve a better integration of students in employment; or the reinforcement of the training offer in higher education, to accompany the increase in the number of candidates”.

It also advocates “strengthening the processes for guiding the choices of students, even in secondary education, and investing in awareness-raising actions for students and families from disadvantaged backgrounds, with the aim of demonstrating the benefits of higher education”.

Number of foreign students more than doubled in the last decade

There has been a doubling of the number of foreign students in the last decade.

Of the remaining 13,173 students from other sources (27.08%), 5,608 (11.53%) come from Spain, France, Italy and Germany, with important communities of Portuguese descendants in at least some of these countries.

“This means that one of the weaknesses of the internationalization process remains as a result of the poor offer of study cycles in the English language”, an issue that, he notes, was addressed in the recommendations of a report prepared by the Adjunct and Regional Development Ministry (MADR) and the Ministry of Education and Science (MEC) – published last May -, “apparently without great results”.

Regarding the challenges faced, Edulog highlights the bureaucracy in obtaining visas for non-community students, “the ‘green way’ proposed by the MADR/MEC report having never been implemented, and the absence of national coordination between the bodies involved in the process of international students”.

“But there are also difficulties in recruiting students from the European Union, explicitly excluded from the application of the International Student Statute (EEI), which creates problems in the entrance exams”, he warns.

Furthermore, “the EEI excludes international students from accounting for the funding formula and the award of scholarships (except CPLP students), which places our institutions at a clear inferiority in a competitive and globalized higher education market”, considers.

Regarding the challenges pointed out, Alberto Amaral says that, “with the gradual decrease in the birth rate in Portugal, and the consequent reduction of Portuguese young people entering higher education in the medium term, it becomes evident that the internationalization of Portuguese higher education will start to to be one of the main strategies to support the sustainability of institutions, and that is why it is imperative to start adopting measures to mitigate the difficulties in the international development of our education system”, defends the same responsible.

As measures to be adopted, the Edulog study recommends that “greater investment be made in the financing of academic research, in order to improve the country’s international visibility at a scientific level”, which also “promote a training offer in English, to attract students in addition to those from Portuguese-speaking countries”, and that “a ‘student visa’ is created, based on a simplified bureaucracy – as already happens, for example, in Germany, Poland and Sweden”.

The Belmiro de Azevedo foundation’s “think tank” also proposes that “national coordination be encouraged between the various bodies involved in the path of international students (higher education institutions, embassies, the entity that replaces the SEF and Finance)” .