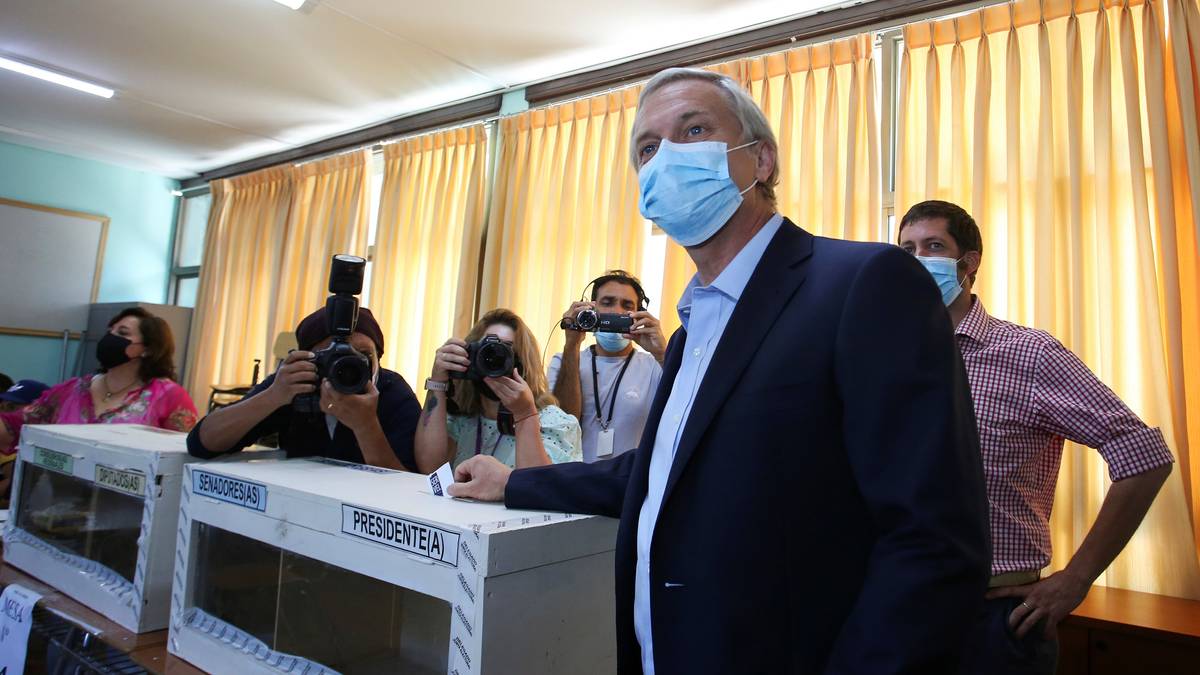 José Antonio Kast has received 28.2 percent of the vote, against 25.3 percent for the left-wing candidate Gabriel Boric, the preliminary figures show.

Around 80 percent of the votes have now been counted after Sunday’s presidential election in Chile.

None of the five other presidential candidates received more than 15 percent of the votes cast.

The election is considered one of the most important in the country since the dictatorship was abolished in 1990.

José Antonio Kast is 55 years old, a lawyer, and the father of five. He has long been one of the foremost defenders of Chile’s former dictator Augusto Pinochet. And he still supports the neoliberal economic policies that were introduced under military rule.

But lately, Kast has emerged with a more moderate profile. This has led to a sharp upswing in opinion polls leading up to the election.

José Antonio Kast says he wants to “restore law and order” after the widespread protests that have plagued Chile for the past two years. And he has large and growing support from the moderate right.

The left-wing candidate, Gabriel Boric, is 35 years old, and was one of the leaders of the demonstrations in Chile in the autumn two years ago. His policies are largely a reflection of the protesters’ demands: A more social Chile, where the state takes more responsibility for fighting poverty and inequality.

Boric believes that neoliberalism and extensive privatization are the main reasons for the major social problems in the country.

He is also concerned about the situation of the Chilean indigenous people, who have recently carried out militant actions in their core areas in the southern part of the country.

In October 2019, Chile exploded in violent riots. Tens of thousands of people took to the streets in protest of rising poverty and social inequality, and enormous destruction was done.

The protests lasted for several weeks and led to the authorities making major concessions. One of them was to hold a referendum on the country’s constitution, which had been introduced under dictator Augusto Pinochet in the 1980s.

The vote was held last fall, giving a clear majority to reject the Pinochet constitution. And in June this year, the Chileans went to the polls again. This time to elect members of the assembly to draft the new constitution.

The election to the Constituent Assembly was a disaster for the established parties in Chile. First and foremost, for the Conservatives and their leader, President Sebastián Piñera.

But also for the moderate left, which has ruled the country for several periods since the fall of the dictatorship in 1990.

None of the candidates in Sunday’s election have received enough votes to become the country’s new president.

There will therefore be a new showdown between the right-wing populist José Antonio Kast and the left-wing radical Gabriel Boric on 19 December.

What we have seen in this round of elections is that the party landscape in Chile has changed radically. And the big question is who the losers of the election will support in the next round.

Many commentators are reminiscent of what happened in Brazil three years ago, when the majority chose the right-wing populist Jair Bolsonaro over the candidate from the Labor Party.

Should something similar happen in Chile, it is a great paradox for many. For no one expected that the social uprising and the Pinochet Constitution would finally lead to a right-wing populist coming to power.